Appeared in the Edmonton Journal, November 3, 2021 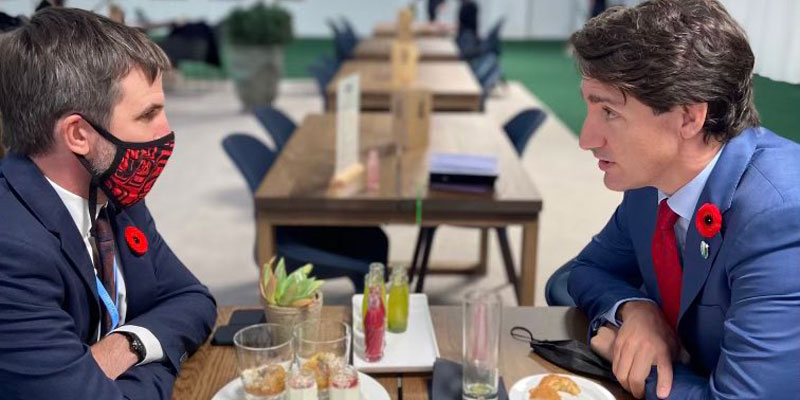 It’s always challenging to interpret cabinet shuffles. The shuffling out, for instance, of experienced and accomplished Foreign Affairs Minister Marc Garneau is puzzling, particularly when his replacement (Melanie Joly) was demoted in 2018 due to underperformance. But one thing is clear from last month’s federal shuffle—the Trudeau government is moving forward full throttle towards dismantling Canada’s traditional energy sector.

For example, the appointment of Steven Guilbeault (the former minister of Canadian Heritage who clumsily handled the “censorship bill”) can only be explained by his radical commitment to snuff out fossil fuels no matter the cost.

Guilbeault, a former Greenpeace activist, was arrested in 2001 for climbing the CN Tower and unfurling a banner that read “Canada and Bush Climate Killers.” In 2016, he addressed a Liberal Party convention in Winnipeg and stated that “it makes no sense from an ethical and a moral perspective to produce and ship more of a substance [oil] that is causing a problem.” It seems Guilbeault parlayed his vocal and well-documented opposition to the country’s main export into a job as federal environment minister.

During his two years as environment minister, Wilkinson raised Canada’s 2030 emission-reduction target from 30 per cent below 2005 levels to 40-45 per cent, decreed that all new passenger vehicles must be zero-emission by 2035, oversaw the implementation of the new and hostile regulatory regime for energy development, and raised the poorly-designed carbon tax to $170 per tonne by 2030. Now Prime Minister Trudeau has rewarded Wilkinson (and his aggressive climate policies) by putting him in charge of the country’s energy industry.

And this is all happening at a time when many countries around the world are suffering from the kinds of naïve policies the Trudeau government continues to pursue. Specifically, the government continues to mandate the disorderly transition from reliable low-cost sources of energy (even after the carbon tax is applied) such as oil and gas to more expensive and less-reliable sources such as wind and solar.

In Europe, due to a shortage of natural gas and underperforming wind and solar power generation, energy prices have skyrocketed. Average wholesale electricity prices in the United Kingdom have tripled to record levels since the beginning of 2021. Similarly, Germany’s daily average electricity prices have increased 41 per cent over the last two months.

The situation in Europe indicates that aggressive government intervention in energy markets (i.e. mandating the expansion of wind, solar and other renewables at the cost of conventional sources) has driven up energy prices. Simply put, the government-mandated expansion of renewable power has made electricity more expensive and less reliable, sparking an energy crisis in many parts of Europe.

Back in Canada, if Ottawa continues down a similar policy path—of forcing the transition from fossil fuels to renewable energy sources—we too will experience ever-higher energy prices in our homes and businesses.

It’s hard to see how appointing as environment minister a former climate activist (and steadfast opponent of the country’s main export product) will help one of Canada’s main industries recover and prosper.