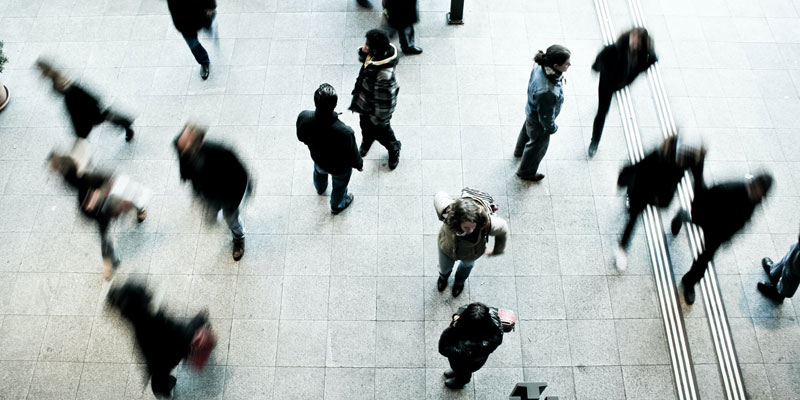 If anybody is looking for the Ontario Chamber of Commerce to defend business interests from deleterious governmental climate policies, they should know that the Chamber is wandering the climate wilderness, as if Israelites in the desert, looking for government “incentives” to fall like manna from heaven. The Chamber recently launched its “Climate Action Series,” which includes a report claiming the science is clear—climate change is a crisis that threatens us all—and the economics are clear, that climate change is actually an opportunity for job creation and economic development coordinated and encouraged by government.

But on both the science and the economics, the Chamber views are misguided. As such, its report—to paraphrase Sherlock Holmes describing a bungled investigation by Dr. Watson—raises alarm everywhere and accomplishes nothing. In reality, even using pessimistic assumptions, the estimated percentage reduction to the world’s GDP due to climate change by the year 2100 is in the low single digits. Meanwhile, the Chamber’s endorsement of significantly more government economic intervention actually encourages government policies with higher costs than benefits.

For example, the Chamber notes that Canada’s carbon tax is a long-term incentive to reduce emissions. That is true, but it’s also where the policy recommendations should end. The point of the carbon tax is to make businesses and individuals internalize the environmental consequences of their actions, so when a business is deciding, for example, whether to retrofit a building to save energy, it includes the environmental benefits in its cost-benefit analysis because saving energy would mean paying less tax. The logic of the carbon tax is that it should be the only government incentive. Piling on additional incentives, as the Chamber recommends, would have the government incentivize activity where the total costs exceed the total benefits.

Nevertheless, the Chamber asks for a laundry list of governmental climate incentives including tax incentives for clean energy, incentives for businesses that manufacture zero-emissions technologies, grants and low-interest loans for more efficient energy networks, risk-sharing partnerships with the private sector, investment in clean technology research, promotion of science and technology skills training, preferential treatment in government procurement for supposedly sustainable businesses, sundry handouts and partnerships through the Canada Infrastructure Bank, expanded energy efficiency grants and low-interest loans and so on.

But government incentives, unlike manna from heaven, are not free. A government incentive to Smith is a tax on Jones’s income, property, consumption and everything else the government taxes. Similarly, an incentive to Jones is a tax on Smith. These tax-and-incentivize policies are, economists generally agree, a more expensive way than a carbon tax to achieve the same environmental goals. Adding government incentives on top of a carbon tax not only undermines the economic logic of the carbon tax, it imposes net losses on society and centralizes economic control. The Ontario Chamber wants to transfer economic control from private businesses and individuals to the government, which seems to be a pattern with many other business associations.

The Chamber’s report also spotlights the climate action plans of various other organizations including the University of Toronto, which is hailed as “a global leader in demonstrating and promoting sustainability.” The university’s climate plan includes divestment from fossil fuel companies and “embedding sustainability in teaching at all levels.” In addition to its apparent approval of corporate divestments for a climate-friendlier future, the Chamber also promotes ESG (short for Environmental Social and Governance), a concept intertwined with corporate social responsibility and related doctrines that hold that business assets must be used for the benefit of various “stakeholders” instead of the businessowners who actually own the assets.

The climate alarmism, government intervention and related ideas promoted by the Ontario Chamber of Commerce are clearly contrary to business interests. They exemplify what Milton Friedman often called “the suicidal impulse of the business community,” and to the extent they gain currency, they will make Ontarians poorer. Somebody pull the Ontario Chamber of Commerce out of the climate wilderness—it’s time for it to get back to defending, instead of attacking, the province’s businesses.