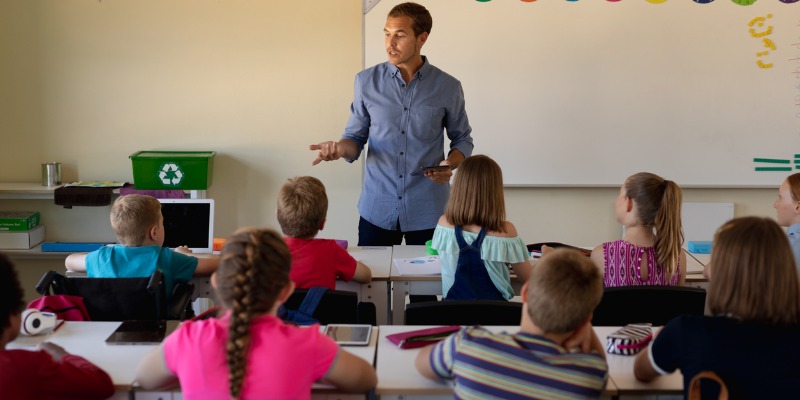 In the past year, due to increased frustration with teacher unions and government-run schools in the United States, numerous state legislatures have expanded “voucher” programs or implemented policies to give families better access to independent and charter schools. In Canada, too, many families are dissatisfied with government-run schools. But families in Ontario and Atlantic Canada, unlike in other provinces, still have no government support to access alternatives.

The case for school choice is basically the same as the case for choice in restaurants—just as people have different tastes in food, children have different needs and learning styles. Some children might benefit more from schooling with more focus on mathematics, others with more focus on music, others on history, and so on. Some children might benefit from a smaller class size, others from larger classes.

Clearly, imposing a monolithic conformity on all children through a monopoly school system is not a sensible way to serve a diverse population. Indeed, a diverse population with diverse preferences necessitates a diversity of choice. Importantly, this diversity would not only allow families to pick schools that best suit their children, but would also increase competition and improve the overall quality of education across the school system.

Just as competition forces restaurants to continually improve quality and reduce costs—or risk losing customers to their competitors and going out of business—so too do school choice policies force schools to improve the quality of education and better control costs, to the benefit of families with school-age children and taxpayers.

Therefore, the case for government policies that improve access to independent schools (or making it easier for parents to homeschool or establish learning pods) does not rely on these education alternatives delivering better education than government-run schools. In fact, the case for improving school choice relies only on competition and diversity being preferable to monopoly and imposed conformity.

Recent studies have confirmed the benefits of school choice. For example, one study earlier this year, published by the Department of Education Reform at the University of Arkansas, analyzed student achievement and school choice policies in the 50 U.S. states. Researchers concluded that in all their statistical models, higher levels of school choice were significantly associated with higher test scores.

Another study last year from the National Bureau of Economic Research found “consistent evidence” that the expansion of independent school choice policies was associated with higher standardized test scores and fewer suspensions and absences—even in public schools. In other words, the evidence showed that increasing competition in the school system led to widespread benefits, not just for those who attended independent schools.

Two other studies published last year in the journal School Effectiveness and School Improvement and The Journal of Private Enterprise found that school choice policies improved children’s mental health and predicted lower rates of criminal activity in the future.

Better student achievement, better mental health and better long-term outcomes (such as reduced proclivity to crime) are the predictable outcomes of a school system that allows families to choose schools that best suit their children. Provincial governments in Canada—including Ontario—would be wise to implement policies that give families more choice in education.