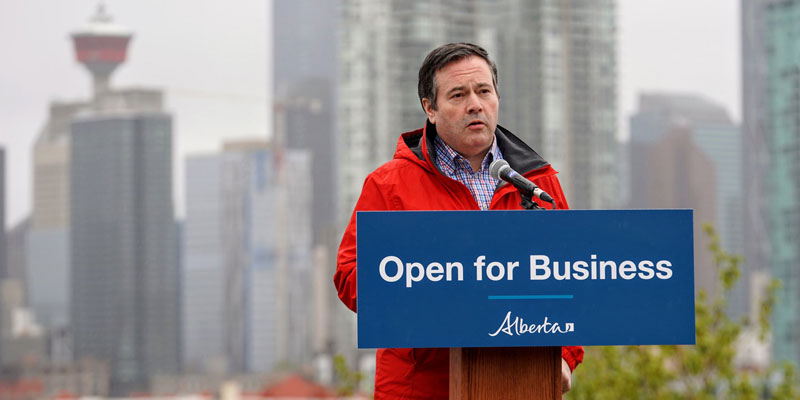 On the heels of a $17 billion provincial deficit in 2020/21, some may consider tax reductions in Alberta to be impractical or inappropriate. However, returning to a single-rate personal income tax would re-establish Alberta’s tax advantage and help attract investment, entrepreneurs and businesses that drive economic growth—all while having a relatively small impact on the provincial budget.

Alberta’s erstwhile tax advantage was mainly due to its low business tax rate, single-rate personal income tax system, and absence of a provincial sales tax. In 2015, Alberta’s NDP government introduced tax increases that substantially eroded this advantage. The government raised the business income tax rate and replaced the single-rate personal income tax of 10 per cent with five tiers that include a top rate of 15 per cent.

Since then, the current government in Edmonton significantly lowered the province’s business income tax rate to regain part of the lost tax advantage. Discussions around reducing Alberta’s personal taxes, however, remain muted by concern that such changes would lead to significant loss in government revenue during a time of budget deficits.

However, according to a new study published by the Fraser Institute, the revenue effects and subsequent budget¬ary implications of reducing Alberta’s personal income tax rates are relatively small, particularly when taken in the context of the positive economic benefits the tax reduction would bring.

The study assesses the impact of returning to Alberta’s previous single-tax rate by analyzing both the magnitude of the tax rate change and the behavioural response by taxpayers. Put differently, the revenue analysis includes the positive impact tax reductions would have on economic activity.

More specifically, the tax reduction would attract more entrepreneurs, businessowners and investors who drive innovation, investment and job creation. These are all things that contribute to stronger economic growth, which benefits Albertans and their families.

The analysis indicates that a gradual tax reduction that returns the province to the pre-2015 single rate of 10 per cent would lead to a revenue loss for the provincial government of just $16 million in the first year (2022/23) after factoring in the direct positive economic benefits from the tax rate reduction. The revenue loss would rise to roughly $1.36 billion at the end of the fourth year (2025/26)—again, after factoring in direct economic benefits. For perspective, that’s equivalent to an approximately 9 per cent reduction in personal income tax revenue, compared to revenue levels if there were no tax changes.

Clearly, a personal income tax reduction is feasible in Alberta. In fact, returning the province’s personal income tax to a single rate of 10 per cent would lead to a relatively small loss of revenue when compared to the potential economic benefits for Albertans.