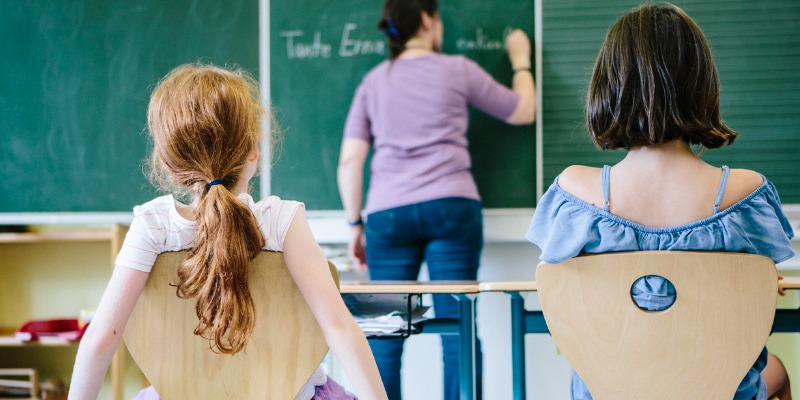 Surveying the state of public education in Ontario is not an activity likely to improve the equanimity of the province’s taxpayers, parents of school-age children or anyone else. The long-term trend from 2003 to 2018 has been that government spending steadily increases while test scores steadily decline, particularly in mathematics and science. The data for the most recent school years are as yet unavailable, but this trend could not have been improved by the government-imposed school closures during the pandemic—29 weeks’ worth, in fact, which was more than any other province.

Ontario’s largest school board, the Toronto District School Board, serves 247,000 students in 583 schools. Concerned parents repairing to the TDSB’s Mathematics and Numeracy Department’s website, perhaps to find information as to how it plans to reverse the decline in their children’s math education, can consult the school board’s “Mathematics Action Plan.” It’s not a particularly encouraging document. Mathematics instruction, the TDSB says, should be undertaken through an anti-oppressive “Inclusive Design” approach. To promote inclusion teachers should “regularly incorporate issues of social justice in mathematics learning.”

To that end, according to the TDSB Mathematics and Numeracy Department, at the beginning of the current schoolyear more than 240 educators from 57 schools “began a collaborative inquiry into building thinking classrooms through an anti-oppressive lens.” The inquiry included, for some reason, a presentation with a slide on understanding how microaggressions and colonialism might affect mathematics education. Elsewhere on the TDSB website, teachers are told use resources that “incorporate a social justice perspective” and “consider whether the resource encourages students to use mathematics as a tool to address and challenge injustices.”

Reasonable people might wonder whether the real injustice here is the squandering of their tax dollars, collected by government purportedly to fund the education of children but instead used to provide instruction on vague notions of “social justice.” Whether or not teaching children about microaggressions and colonialism is a good idea, infusing mathematics with such collateral issues inescapably detracts from the learning of real mathematics.

The injection of politics into mathematics education is not isolated to the TDSB; last year, the Ontario government initially updated its mathematics curriculum to state that mathematics was subjective rather than objective and “has been used to normalize racism and marginalization of non-Eurocentric mathematical knowledges, and a decolonial, anti-racist approach to mathematics education makes visible its historical roots and social constructions.” That language was later removed from the curriculum.

Other jurisdictions have also tried to mix social justice with math, despite warnings from experts. Last year more than 1,200 mathematical instructors or practitioners signed an open letter against California’s curriculum framework. It would “in effect, de-mathematize math,” the letter said. “For all the rhetoric in this framework about equity, social justice, environmental care and culturally appropriate pedagogy, there is no realistic hope for a more fair, just, equal and well-stewarded society if our schools uproot long-proven, reliable and highly effective math methods” in favour of “pedagogical fads that effectively distort and displace actual math.”