Morneau doubles down on deficit-spending plans 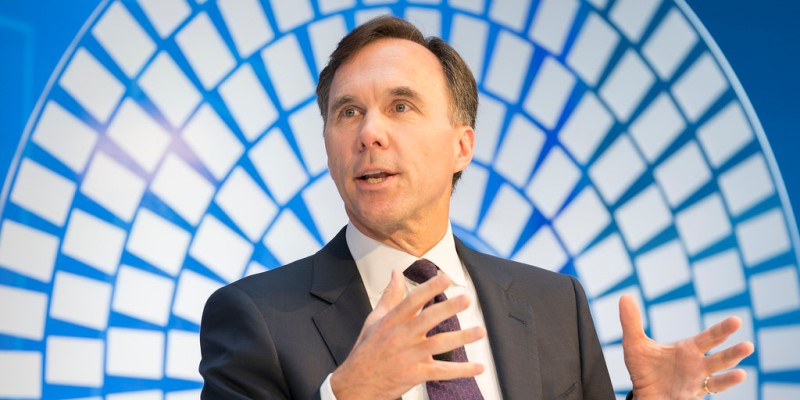 Federal Finance Minister Bill Morneau recently confirmed that, should a recession occur, Ottawa will turn on the spending taps using borrowed money (i.e. deficits). This government’s lack of fiscal discipline coupled with a willingness—if not outright enthusiasm—for even more deficit-spending could imperil federal finances for decades to come.

Indeed, the Trudeau government is already spending at historically unprecedented levels, reaching more than $9,000 per-person in 2019.

Put differently, despite a growing economy and comparatively low unemployment over the last four years, after adjusting for inflation and population growth, per-person program spending is at its highest point in Canadian history, which includes the Great Depression, two world wars and the 2009 recession.

And this high level of spending does not come without consequences. According to current projections, the federal deficit will reach $26.6 billion this year, almost $7.0 billion more than budgeted in the spring of 2019. And higher deficits mean a growing debt burden for Canadians.

By 2020-21, the deficit is expected to grow even larger—during last fall’s federal election, the Liberals committed to new additional spending of $9.3 billion in 2020-21. But spending will likely rise higher still because the Liberals will need the support of other parties to pass the budget, namely the NDP and/or Bloc Quebecois. The NDP, for instance, called for new additional spending of $35.0 billion in 2020-21 alone. So spending will almost certainly increase beyond current budget levels by at least $10 billion—likely more—and will be financed largely by larger deficits (again, more borrowing).

If a recession hits, the state of the federal finances will immediately worsen, even before any policy response from the federal government. Why? Because during a recession, revenues from certain taxes such as the personal income tax automatically decline while spending on programs (employment insurance, for example) automatically increases.

Based on findings from a 2019 Fraser Institute study, which assessed the implications of a recession on federal finances due to such automatic revenue declines and spending increases, the deficit could reach $37 billion if we experience only a mild recession—again, even before the government enacts any policy response.

But as Minister Morneau recently indicated, Ottawa will further increase spending if a recession occurs, in an effort to stimulate the economy. Based on previous recessions and the government responses to them, the increase in discretionary spending could easily reach $14 billion, meaning the deficit (borrowing for the year) could total almost $59 billion.

These large deficits take time to reduce as the economy recovers. Meanwhile, the government continues to accumulate debt and the interest costs that come with it. As more and more resources go towards paying debt-interest (instead of providing programs, services and perhaps tax relief), the gap between what we pay in taxes and what we receive in services widens.

Because the Trudeau government has spent (by borrowing) at unprecedented levels during relatively stable economic times, tomorrow’s taxpayers will pay even more for the same (or lower) level of services. And the risk to the federal finances, regardless of the severity of the next recession, has markedly increased.