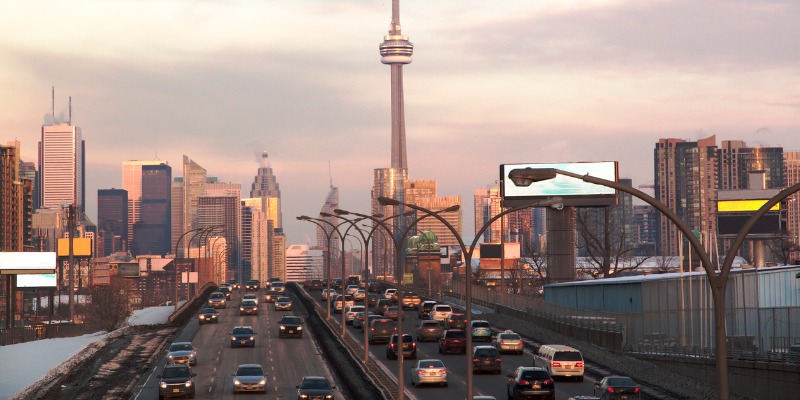 The Ford government is pressing ahead with a series of highway expansions in the Greater Toronto Area. Given the population growth in the region and failure to allow enough housing within the City of Toronto to accommodate the influx of newcomers, it’s not surprising that highway expansions are a major component of the province’s transportation plans. Toronto must grow upwards and/or outwards. And city politicians have chosen to make population growth someone else’s problem. The plan to deal with this growth is to build more highways. But unfortunately, the province’s plan excludes the only proven way to actually reduce traffic congestion—road tolls.

Forcing housing growth out into smaller communities outside of Toronto almost certainly means more drivers, since farther-flung communities are more difficult to service via public transportation. It’s unreasonable to assume that existing roads will be sufficient to accommodate hundreds of thousands of new residents in places such as York Region. With Toronto activists fighting tooth and nail to preserve the “character” of their neighbourhoods by limiting development inevitably means more sprawl. They don’t have to like that tradeoff, but it’s the choice they’ve made and are imposing on other would-be-Toronto residents. But who should pay for the new and expanded highways?

Unfortunately for Ontario taxpayers, it appears we’ll pay for these new highways whether we use them or not. Again, Premier Ford recently stated that the government’s highway expansion plan will not include road tolls. With no new revenue source to cover construction and maintenance of these highways, all Ontarians will foot the bill. Why someone in Sault Ste. Marie should foot the bill for a shorter commute time for residents in Markham isn’t entirely clear. But pay they will.

Of course, to avoid this unfairness, there’s a simple solution—the province could toll the new highways. Ontario is already home to a perfectly functional toll highway (the 407) so this isn’t a new and challenging concept. The province could simply install an electronic toll collection system and dedicate the revenue to pay for the construction and maintenance costs of the new highways. In fact, if the Ford government is serious about fighting traffic congestion, it should go further and toll all of the 400 series highways.

Indeed, the research is clear that you can’t build your way out of traffic congestion. Turner and Duranton’s seminal work, The Fundamental Law of Road Congestion, explains the problem succinctly, that “people drive more when the stock of roads in their city increases.” Their evidence indicates that a one per cent expansion of highway capacity leads to a one per cent increase in vehicle kilometres travelled. In other words, highway expansions on their own will likely do little to nothing to alleviate traffic congestion.

Not only could tolling new (and existing) highways reduce traffic congestion in Ontario, it could also save taxpayers from having to bankroll the new expansions. It’s a win-win solution. Better to charge admission than to sit back and hope too many people don’t show up at once.