What to look for in Ontario’s fiscal update this week

On Thursday, Finance Minister Charles Sousa will provide an update for Ontarians on the state of provincial government finances. One important thing to look for is whether Sousa will present a more realistic plan on how his government expects to eliminate the deficit—currently projected at $8.5 billion this year. To date, the government has hoped for revenues to grow robustly and eventually catch up to total spending, which is set to increase again, albeit at a slower pace than increases in the recent past. But this strategy is a risky one.

A look at the numbers will explain. 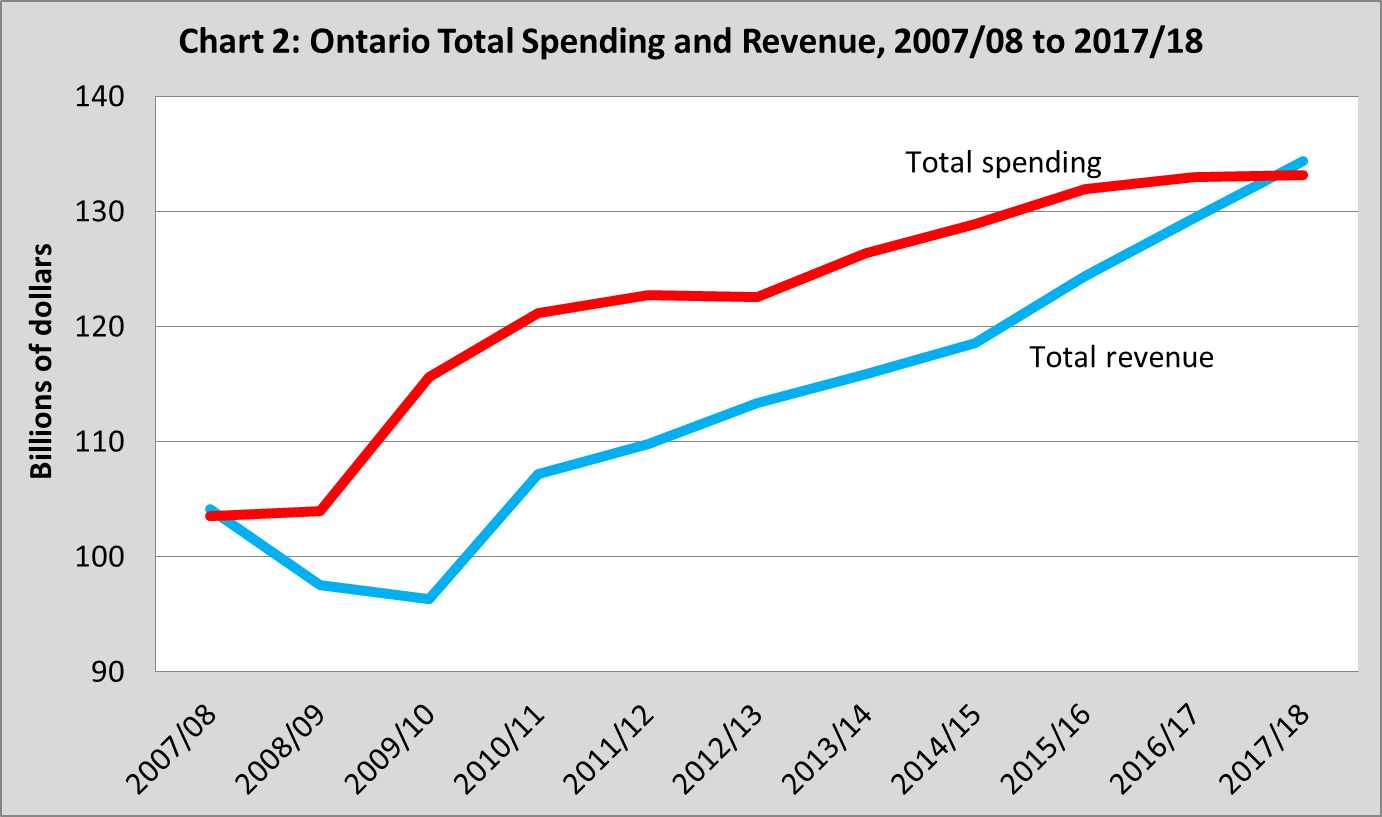 Those are the historical numbers. Now, looking ahead to the period 2015/16 to 2017/18, Sousa’s government projects the pace of annual revenue growth to jump from 2.6 per cent to an average rate of 4.3 per cent. Importantly, these projections were made much earlier in the year for April’s budget. Since then, several private-sector forecasters have downgraded their projections for economic growth in Ontario. More generally, forecasters have reduced their growth expectations for Canada as a whole compared to earlier in the year. A slowdown in economic activity means the government will receive less revenue and this should be reflected in the updated projections.

On the other side of the ledger, Sousa projects total spending to increase from 2015/16 to 2017/18 by 1.1 per cent annually, which is approximately one third less than the actual rate observed from 2010/11 to 2014/15 (1.6 per cent). In other words, his government aims to significantly reduce inflation-adjusted spending per person—something it has been unable to do in the past. This is not an unreasonable target, especially given that spending ramped up dramatically in the years before and during the recent recession. But slowing down future spending growth by such a magnitude requires an explicit plan for doing so, which the government has not provided.

This year will mark Ontario’s eighth consecutive year of deficit spending and the province will have added $142.3 billion in new net debt since 2007/08, bringing the total owed to $298.9 billion in 2015/16. That’s more than $21,000 for every Ontarian or approximately 40 per cent of the provincial economy.

It’s critical that Sousa presents a detailed and realistic plan for how his government will balance the budget and begin to rein in government debt. Wishful thinking will not cut it.