Alberta’s true deficit is larger than you think

While the headlines on Alberta’s recent budget focused on the planned $6.1 billion deficit this year, the reality is that the true deficit will be even larger. The reason relates to a critical distinction between an operating budget and a capital budget.

When we hear the government will incur a $6.1 billion deficit, it is referring to the operating budget—the difference between the annual revenue the government collects and the money it spends on day-to-day expenses such as the salaries and pensions of government employees. This number attracts most of the attention.

But when a government borrows to pay for capital spending (roads, schools, hospitals), it typically records only the annual interest payments and amortization expense in the operating budget. The capital budget is where the province borrows money to pay for its long-term infrastructure spending. While this accounting process helps spread the cost over many years, it can disguise the true state of provincial finances.

In the case of Alberta, the recent budget announced an ambitious $34 billion, five-year capital plan, representing a 15 per cent increase relative to the March budget. This plan means the government will add more debt to its books for capital projects than just the operating deficits announced in the budget. 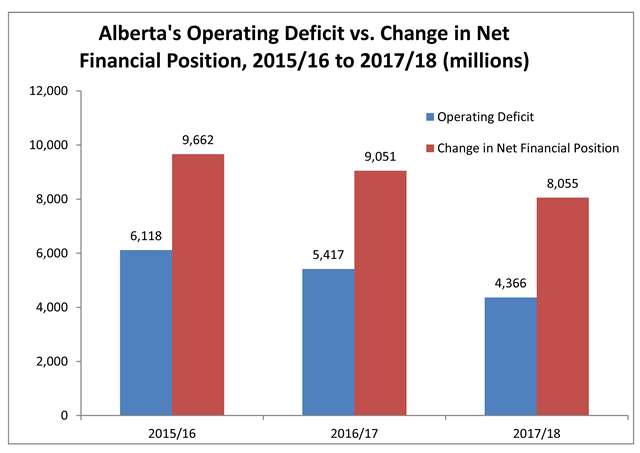 Albertans must look beyond the headlines to understand what’s happening to their government’s finances. Further investigation reveals the true deficit is larger than what the headlines suggest.