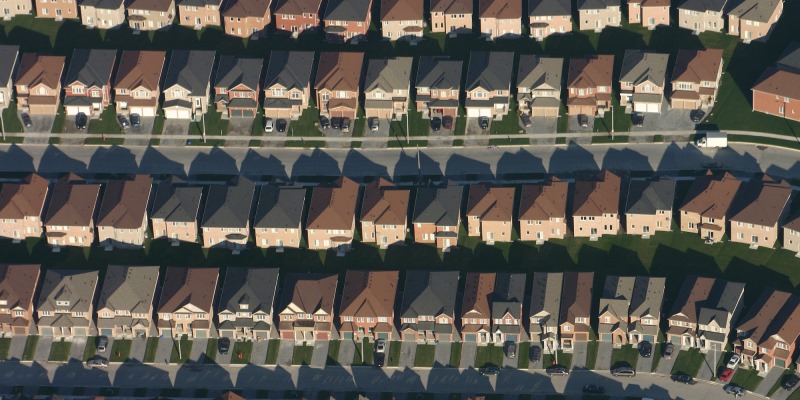 The Government of British Columbia recently released a report about the extent and effects of money laundering in the province’s real estate sector. It’s understandably difficult to measure criminal activity specifically designed to go undetected, but the report nevertheless produces some interesting findings while reminding British Columbians of the importance of land constraints (both natural and manmade) in determining home prices.

To estimate the extent of money laundering in Canada and B.C., the report’s authors developed a model, which included factors (per capita GDP, geographical and cultural proximity to the origin points of criminal proceeds) that can make a jurisdiction attractive to money launderers.

Of course, this approach by the report authors relies heavily on the quality and extent of available data, which, as the report notes, can vary significantly across jurisdictions and sources, even after bodies such as the United Nations try to produce more comparable datasets.

In spite of these difficulties, the report estimates that $41.3 billion was laundered in Canada in 2015, representing 2.1 per cent of national GDP. Assuming this ratio remained constant, the total rises to $46.7 billion in 2018—including $7.4 billion laundered in B.C. The report then estimated that between $2.7 billion and $5.3 billion (of that $7.4 billion) ended up in real estate in B.C.

So what do these estimates mean for home prices? How might money laundering in B.C. affect the ability of British Columbians to buy homes?

To answer this, the report’s authors had to guess how B.C.’s real estate market might have evolved, had money laundering been properly penalized—another understandably difficult thing to do. Not only does this involve guessing the proportion of funds allocated to residential rather than non-residential properties, it also requires estimates of how responsive B.C.’s housing market is to increases in demand—or as economists call it, “housing supply elasticity.”

Supply elasticity is a central factor in any analysis of home-price growth, because in theory, if one housing unit were added to a market (say Metro Vancouver) for every unit demanded, price growth would be relatively muted (all else remaining equal). Conversely, if no new units are added despite growing demand, prices rise as scarce units go to the highest bidder. Of course, most housing markets fall somewhere in between these two extremes.

In the case of B.C., and Metro Vancouver in particular, housing supply is relatively inelastic, meaning too few homes are built relative to the amount and types desired—a reality noted in the B.C. government’s report, which cites the region’s “greater geographic and regulatory constraints than… the average North American metropolitan area.” Indeed, Metro Vancouver is not only hemmed in by the ocean, mountains and U.S. border, it also features some of Canada’s most onerous land-use regulations, making it difficult for homebuilding to keep pace with demand. As such, increases in demand (both legal and illegal) are more likely to translate into higher home prices in Vancouver than, say, Edmonton.

So by assuming supply elasticity in B.C. is similar to other highly-regulated land-constrained West Coast metropolitan areas, the report estimates that the province’s home prices are between 3.7 per cent and 7.5 per cent higher than they would be absent all money laundering.

The lack of reliable data, combined with the key assumptions used to produce these estimates, rightfully prompted the report’s authors to caution against citing them as the final word on the extent and impact of money laundering in B.C. Nevertheless, the report’s general findings raise several important questions.

First, and perhaps most obviously, is the need for more reliable information on this issue. Hopefully, this report will prompt more rigorous data collection, either by governments or local or international organizations.

Second, and possibly less obvious to the casual reader of this report, is the importance of a responsive housing supply. That a portion of housing demand is of criminal origin is unfortunate and must be addressed. However, it’s important to remember that the vast majority of housing demand is legal and local, and has grown due to conventional factors including a rising population, rising incomes and—perhaps most importantly—historically low interest rates. The best way to avoid any demand-side shock translating into higher home prices is to build more homes.

To sum up, capital inflows stemming from domestic and international crime have no place in housing or indeed anywhere in Canada’s economy, and the B.C. government should be lauded for its efforts to better understand the scope of this issue, despite important gaps in available information. But crucially, it’s hard to understate how a growing responsive housing supply can help address rapidly rising home prices and increase affordability. Particularly in markets such as Metro Vancouver where Canadians need more homes the most.