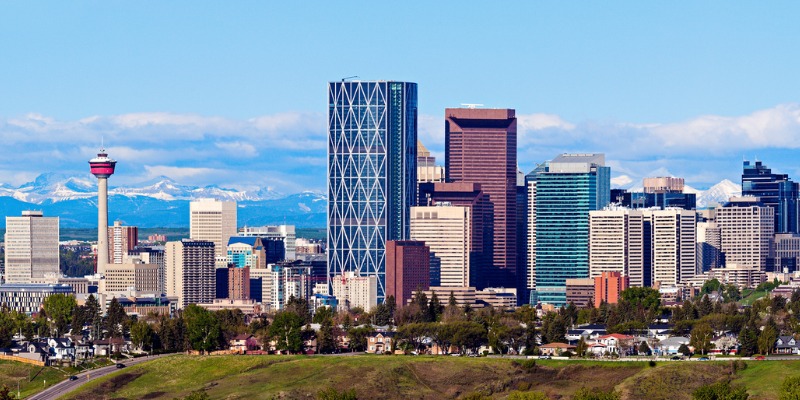 Before the spread of COVID-19, Calgary was already struggling with another kind of acute problem—a municipal budget crisis. The energy industry’s half-decade-long downturn has led to soaring commercial space vacancies in the downtown core, reducing the value of downtown office space by roughly $14 billion. The resulting decrease in property tax revenue left the city with a funding gap of approximately $250 million between 2015 and 2018, and it doesn’t appear that an imminent return to pre-2015 land values in the downtown core is in the cards.

The city has faced tough choices—reducing staff numbers or hours, cutting spending on municipal programs or facilities, and higher taxes for many residential property owners.

Part of the problem is that Calgary—like most large Canadian cities—has traditionally levied far higher property tax rates for businesses than for residents. Recent research places Calgary as the municipality where businesses faced the highest tax rate relative to residences among cities in Alberta’s large metropolitan areas, at almost 4-to-1 in 2018. Such disproportionate reliance on businesses for revenue may have proved politically popular during years of economic growth—since businesses can’t vote—but it also rendered Calgary vulnerable to swings in the business cycle, such as that experienced in recent years.

Calgary city hall has been scrambling to find solutions ever since, notably by relying heavily on its rainy day fund and by reducing staff hours and salaries. Most recently—and partly spurred by the ongoing pandemic—council decided to cut business property taxes by 11 per cent, while increasing residential property tax rates by 7.5 per cent, with the possibility of deferring payment until the fall. None of these choices are easy, but they are all ultimately the result of the vulnerabilities inherent to a property tax system that relies too heavily on revenue from businesses to provide local services.

Other Canadian cities are similarly reliant on tax revenue from businesses, notably Vancouver, Toronto and Montreal, all of which levy property tax rates roughly between three and four times higher for businesses than residents. And though these cities may have until recently felt impervious to a Calgary-style collapse in commercial land values, it’s unclear how long and how deep the current economic slowdown will be. In any case, these cities’ overreliance on property tax revenue from businesses render them similarly vulnerable.

Calgary’s current fiscal position is unenviable, to say the least. That is why the city is now making the difficult decisions it should have made years ago. If Canada’s other big cities don’t learn the important lessons to be drawn from Calgary’s overreliance on tax revenue from businesses, they might find themselves in similar waters far sooner than they might have hoped.