The disproportionate pain of economic “shutdowns” by government 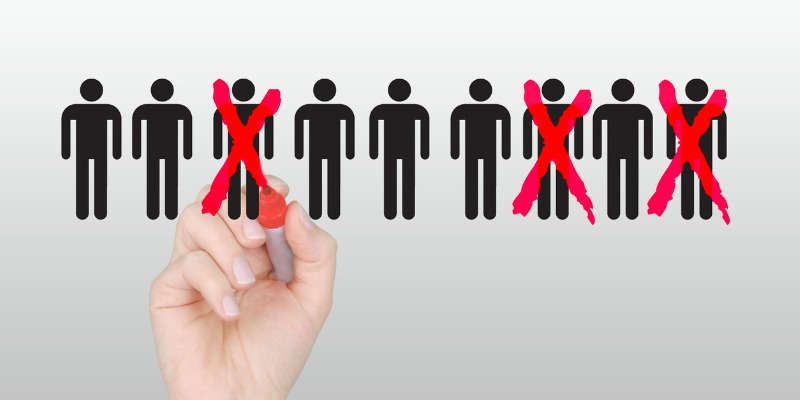 With Statistics Canada releasing its latest job report on May 8, the media jumped all over the dismal news: “Canada lost nearly 2 million jobs in April” stated the CBC.ca headline and “Two million Canadian jobs lost in April as unemployment rate reaches 13 per cent” declared the Globe and Mail. It was indeed another tragic month for Canadians. But these top line numbers reported by the media don’t do justice to the depth and unevenness of the job-loss pain among Canadians resulting from the economic “shutdown”.

To get a more complete picture, consider what has happened since February (pre-COVID). Over 3 million Canadians have lost their jobs with another 2.5 million Canadians working less than half of their usual hours. Put simply, 5.5 million Canadians (over 25 per cent of pre-COVID workforce) are now either not employed or working substantially reduced hours.

What’s more is that both the initial reports in the National Post and Globe and Mail tempered the news from Statistics Canada noting, “The numbers were not as bad as economists had feared,” and “The job losses, while historically bad, were also considerably better than many expected”.

Digging just a little deeper into Statistics Canada numbers shows just how uneven the job-loss pain has been.

For example, Canadians working part-time have been impacted disproportionately. They make up less than 20 per cent of those employed but account for over a million of the three million jobs lost since February. Not surprisingly given this result, young Canadians between the ages of 15 and 24 have been particularly negatively impacted with about half of those working part-time having lost their jobs since February.

Similarly, workers in temporary, lower quality or lower paying jobs were affected more deeply than those in higher paying jobs. Since February, 38 per cent of Canadians earning less than two-thirds of the 2019 median hourly wage (about $24) have lost their job.

Among industries, workers in what Statistics Canada labels the “accommodation and food services” sector saw the largest job losses. Since February half or 50 per cent of Canadians working in this sector have lost their jobs.

Perhaps the most startling finding, not included in Statistic Canada’s summary but available in its detailed tables, is the unevenness between the private and government sectors. Government employees have gotten through the economic shutdown largely unscathed. Indeed, 2.7 million Canadians working in the private sector have lost their jobs compared to just 221,000 in the government sector. Put differently, over the last two months 92 per cent of job losses have been in the private sector.

This unevenness is exacerbated by the fact that government workers have wages and salaries that are nearly 11 per cent higher, on average, than their private sector counterparts doing the same job. And that’s after controlling for factors such as age, gender, education, industry and type of work (without these adjustments the wage gap is 34 per cent in favour of government workers). Government workers also enjoy more generous non-wage benefits, such as earlier retirement, higher job security, and more generous pensions than the private sector.

Effectively, this increased compensation for government workers is being paid for by private sector workers, who have been and continue to be at greater risk of losing their jobs because of the government’s shutdown.

Behind each of these statistics is a Canadian family that has been deeply impacted. Clearly, the government’s “shutdown” of our economy has been devastating. Unfortunately, the media’s reporting doesn’t capture just how deep and uneven the pain has been. As recent Statistics Canada data highlights, Canadians in the private sector, those working part-time and those that are young have been disproportionately impacted.