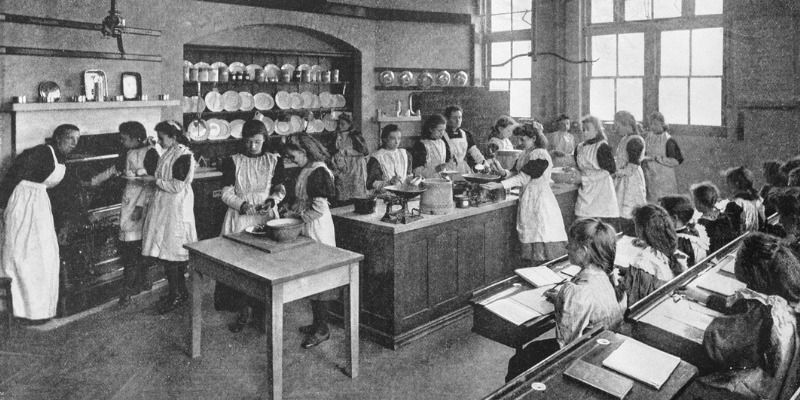 For some reason, which we don’t quite understand, the march towards equality for women and ethnic and religious minorities is linked in common perception with the early progressive movement—that is, those that favoured government intervention in society and the economy. The reality is the polar opposite. The people who favoured markets, democracy and freedom championed the rights of women and minorities, while the early progressives have a spotty, at best, history with such issues.

John Locke (1632-1704)—rightly seen as one of the first scholars in the then-emerging school of thought favouring individual rights and freedoms for all people, voluntary exchange, free trade and democracy—was also one of the first scholars to argue that toleration of differences was beneficial. More specifically, Locke argued that toleration of religious differences (including Judaism and Islam) was a potential strength for societies rather than a weakness.

Such an idea is now taken for granted in most modern societies. But because it was such a radical idea at the time, Locke wrote the work anonymously and fled to the Netherlands from England in fear of reprisal. Locke’s early advocacy for the principle of tolerating differences laid the foundation for later scholars to extend the argument for equality.

But there’s perhaps no single scholar who argued more persuasively than John Stuart Mill (1806-1873) for the equality of women. As a British Member of Parliament, Mill not only wrote about the need for broad reforms to achieve equality for women, but championed them in the Parliament. His advocacy included access to the labour market, education, full voting rights, better information on birth control and no-fault divorces.

Again, these are taken as second thoughts today, but at the time Mill argued for them, women had a single choice in life: marry and conceive children for their husbands. More than anything, Mill advocated for women to have the full range of choices, rights and freedoms as their male counterparts.

One of the more modern thinkers in this tradition, late Harvard philosopher Robert Nozick (1938-2002), emphasized the need for government to protect the basic rights of all people regardless of gender, race, religion, etc. Indeed, one of his critical insights was that democracy itself wasn’t a safeguard against the violation of basic rights and that such rights must be constitutionally protected with the state focused on the protection of such rights.

Recognizing the long important historical tradition of championing rights for women and minorities—by those advocating for limited government, competitive markets and democracy—is critical in understanding the actual history of the early progressives. Princeton economic historian Thomas Leonard has published both academic and popular works detailing the history of the early progressives and their linkages with racial discrimination and eugenics, to name but a few problematic connections.

Leonard’s 2016 book Illiberal Reformers: Race, Eugenics and American Economics in the Progressive Era details some of the shocking policies and preferences of the early progressives. For instance, progressive economists advocated for mandatory minimum wages to help exclude “unfit” workers—mostly women and minorities—from the labour market, thus reducing their wages and restricting their ability to procreate. Indeed, noted scholar at the time Richard Ely went so far as to recommend ceasing famine relief to India, saying “let the famine continue for the sake of race improvement.” Leonard demonstrates that many of the restrictive labour market rules were imposed not to protect women and minorities but rather to protect white men from competition.

Many people, particularly politicians who call themselves progressives, now seem unaware of the questionable history of the early progressive movement. More importantly, the history of progress for women and minorities is interwoven with the advancement of open societies characterized by markets, free trade, democracy, individual rights and most importantly constitutional protections covering all people. That’s a history worth remembering and celebrating.