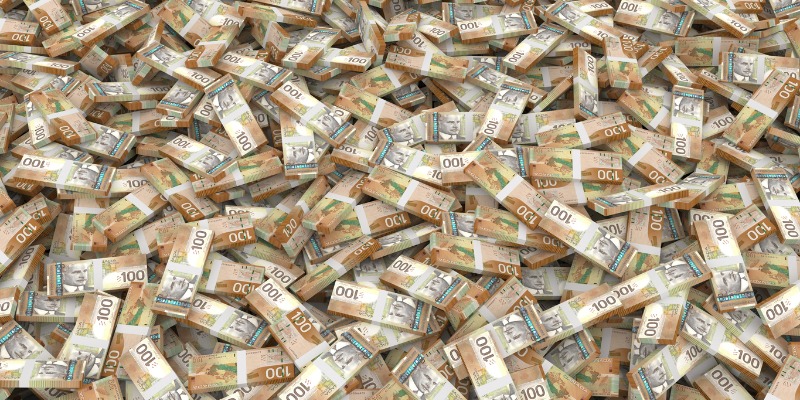 Many governments in Canada appear to believe that anytime is a good time to run a deficit. The federal government’s recent budget reported a projected deficit of $52.8 billion despite strong expected economic growth. Far from a rarity in Canada, deficits have become the norm. This blog post summarizes the key ideas from a recent essay by analyst Matthew Lau on when it’s appropriate—or inappropriate—to run a budget deficit.

Frankly, the federal government has something of a habit of running budget deficits, as it’s been 15 years since it last balanced its books. And based on the current government’s projections, that’s unlikely to change anytime soon.

A deficit, when the government spends more money than it collects, can cause significant issues. Sustained deficits strain public finances, increase economic uncertainty and can suppress economic growth. However, not all deficits are unwise, in fact, under the appropriate circumstances, deficits are justified, even necessary.

First, economic shocks, which are unpredictable events that disrupt the economy and often lead to recessions, remain a commonly cited rational for deficit-spending. There’s some justification for this since the imbalance between revenues and spending during a recession is what results in a deficit.

Revenue shortfalls during a recession occur as a result of fewer taxes collected, as Canadians’ incomes drop due to reduced hours of work or layoffs. Increased government expenditures, on the other hand, come about without any policy changes via “automatic stabilizers” such as the employment insurance (EI) program. Such programs automatically increase payouts as Canadians who lose their jobs during a recession turn to the EI system for income assistance.

While deficits during times of economic downturn can be appropriate, it does not follow that any and all spending to deal with a recession is wise. Too often deficit-spending during a recession takes the form of ill-advised “stimulus” spending, as opposed to spending to account for rising unemployment. Ultimately, debt accumulated as a result of economic shocks and recessions ought to be restrained, and as recessions are temporary, so too should be the resulting deficits.

Second, while infrastructure can be an important investment into the productive capacity of the economy, that doesn’t mean that everything defined by the government as an “infrastructure” investment is wise. Proponents argue that infrastructure spending during an economic downturn will “kick-start” the economy. And that during a recession, resources left unused should be put to work to build infrastructure. But this argument has serious flaws.

Notwithstanding the fact that it takes years to plan and build infrastructure, by which time the recession has passed, the government has no way of knowing which economic resources will be unused tomorrow, next month or next year. Not to mention that as governments spend more on infrastructure, they consume more of the resources the private sector otherwise could have, thereby crowding out more productive wealth-generating private-sector projects.

Unfortunately, this kind of well-intentioned intervention is simply beyond the capacity of governments. Empirical studies have shown that government stimulus spending, including during recessions, tends to be ineffective at best and counterproductive at worst.

Ultimately, stimulus spending financed by borrowing must be paid for by taxes in later periods, and as a result, government spending displaces future private spending and reduces future economic growth.

Running deficits in the absence of economic shocks and recessions, as the federal government is currently doing, is even more ill-advised. Deficits increase government debt, leaving the government vulnerable to interest rate hikes, which will redirect more resources to interest payments instead of programs such as health care, education and/or tax relief. These unnecessary deficits also lead to future tax increases that burden younger generations.

Given the real consequences of sustained deficit-spending—the strain on public finances, the uncertainty, the dampening effect on economic growth—the federal government should move much more purposefully and forcefully towards a balanced budget.