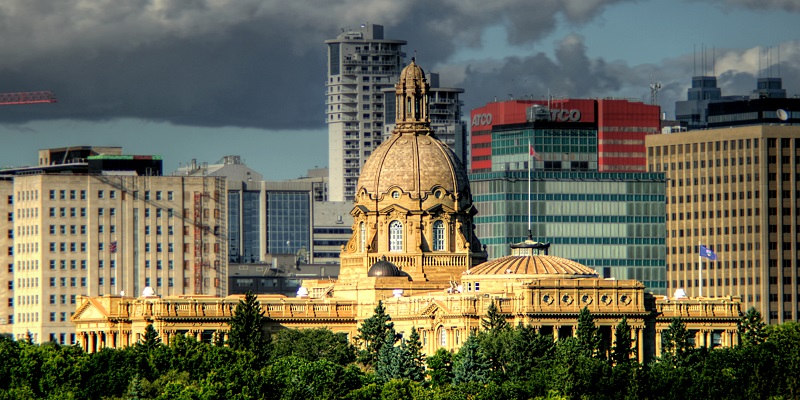 Albertans have until recently enjoyed a unique advantage in Canada: a provincial government with no net debt. Having no “net debt” means that while Alberta did carry some debt – for instance, to finance capital projects – the province had financial assets (such as the Heritage Fund) that exceeded these liabilities.

During the time Alberta had no net debt, the amount of total debt the province carried was trivial, so the cost of servicing that debt was very light. This represented a significant fiscal advantage for Alberta compared to all other provinces, all of whom carried much more debt and therefore had to spend much more money each year on interest payments.

Unfortunately since then the province’s fiscal situation has quickly deteriorated.  After its net financial assets peaked in 2007/08 at $35 billion, the province proceeded to run a nearly uninterrupted series of deficits that continues to this day. In fact, the government intends to run deficits until 2023/24. Largely as a result of these deficits, the province is expected to have a $30.5 billion net debt by the end of this fiscal year, reaching $56 billion by 2023/24 – assuming that the government does, in fact, return to a balanced budget by that year.

The increased provincial debt has led to a rapid increase in debt servicing costs through the first half of this decade, reaching $186 per person in 2015/16. But the rate of increases has taken off lately. Between 2017/18 and 2020/21 (the last year for which the government has provided estimates), per person debt servicing costs are expected to increase by approximately $100 per person annually to $655.

Given that the government projects a $7 billion deficit in 2020/21, it isn’t hard to imagine that pace of accumulation continuing in subsequent years. As it stands, the government expects to reduce the deficit by less than $2 billion between 2018/19 and 2020/21, but then reduce the deficit by $5.5 billion over the next two years. If the government fails to achieve its deficit reduction goals –whether due to a lack of fiscal discipline or external factors such as a global recession or lower-than-expected resource revenues – it rapid increases in the cost of debt servicing are very likely to continue. That is especially true if interest rates increase.

While Alberta’s overall debt load is still smaller than other provinces, Alberta is racking up debt quickly and closing the gap. As a result, its days of having unusually low debt servicing costs are coming to an end.