Quebec’s 2017 budget, released today, is largely a continuation of the Couillard government’s fiscal policy agenda. This is an agenda that generally embraces fiscal prudence, which is a significant departure from the fiscal approach taken post-2008/09 recession. While a renewed focus on fiscal prudence will allow Quebecers to enjoy some welcome tax relief, much more is needed to improve the province’s tax competitiveness.

The budget projects the province’s third consecutive balanced budget in 2017/18 with balanced budgets expected through 2021/22. This is positive news in an absolute sense but certainly when measured up against other governments in Canada and around the world that struggle with large and persistent deficits. 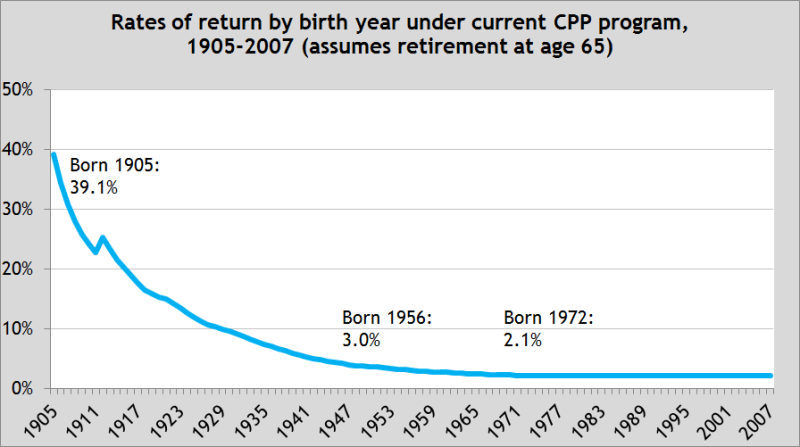 Over the next five years (2017/18 to 2021/22), program spending is projected to grow 2.8 per cent annually, while provincial revenues increase 3.1 per cent. It is this modest restraint on spending growth that enables the government to plan for further balanced budgets in the years ahead.

By spending within its means, the Couillard government will be able to halt the growth in (nominal) government debt. If the government’s plan materializes, Quebecers will see government net debt (after accounting for financial assets) continue to fall as a share of the provincial economy. In fact, by 2021/22 government debt will drop to 40 per cent of GDP—down from the peak of 51 per cent in 2012/13. This would be a level not seen since 2007/08, the year before the run up in government debt in La Belle Province began. 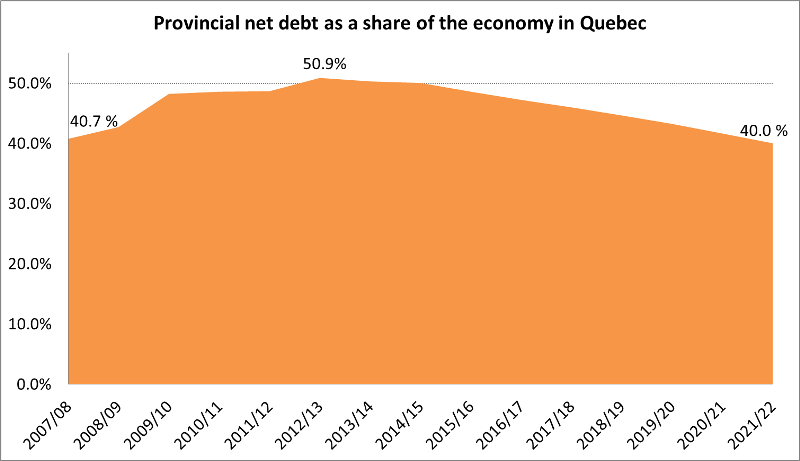 Declining debt is expected to translate into annual interest payments that will consume a smaller share of government revenues, freeing up taxpayer resources for more productive initiatives such as government services or tax relief. By 2021/22, interest payments on provincial debt will consume 9 per cent of revenues, down from 12 per cent a decade and a half earlier. 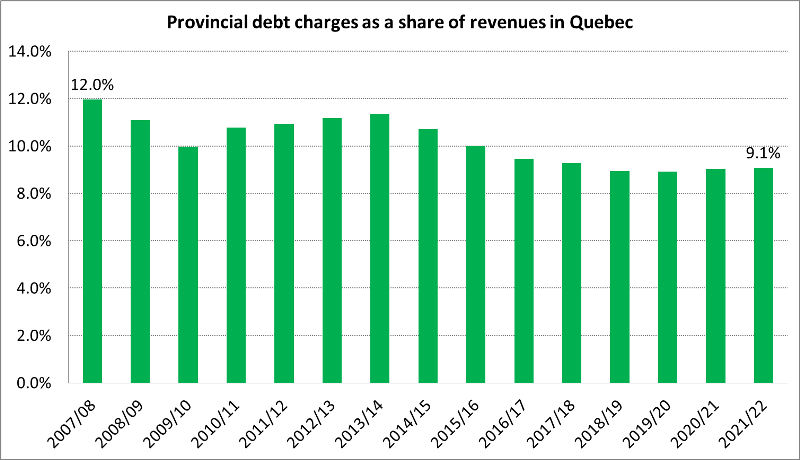 Again, a more fiscally prudent approach allows the government to enact some tax reductions including an increase in the basic personal amount, a refund of health taxes paid in 2016 and subsequent elimination of this tax, a reduction to the corporate income tax rate from 11.9 to 11.5 per cent by 2020, and payroll tax relief for small and medium-sized businesses.

While Quebec has an uphill battle on tax competitiveness, it’s nonetheless positive to see the government pursuing a more fiscally prudent approach.