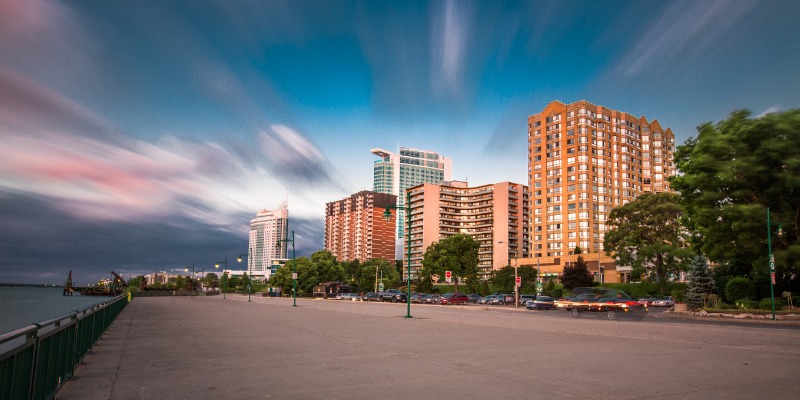 Over the past 20 years, while Ontario’s two biggest cities (Toronto and Ottawa) have enjoyed relative prosperity, large and populous parts of the province have suffered significant economic pain. In fact, a recent study showed that between 2008 and 2018, 91 per cent of all jobs created were in Toronto or Ottawa. Only nine per cent of net job creation occurred in the rest of the province.

Today, the Fraser Institute released a new study taking a closer look at recent developments in southwestern Ontario, a region which saw its once thriving manufacturing sector decimated in the first decade of this century and has not enjoyed a strong rebound since. More specifically, we look at job creation and median income growth in the region’s Census Metropolitan Areas (CMAs).

While the CMAs closest to Toronto fared comparatively well, statistics on the two large outlying cities, London and Windsor, are sobering. First, consider job creation. As the chart below shows, between 2001 and 2019, employment across Ontario increased by 25.9 per cent compared to 9.1 per cent in London and 9.4 per cent Windsor. 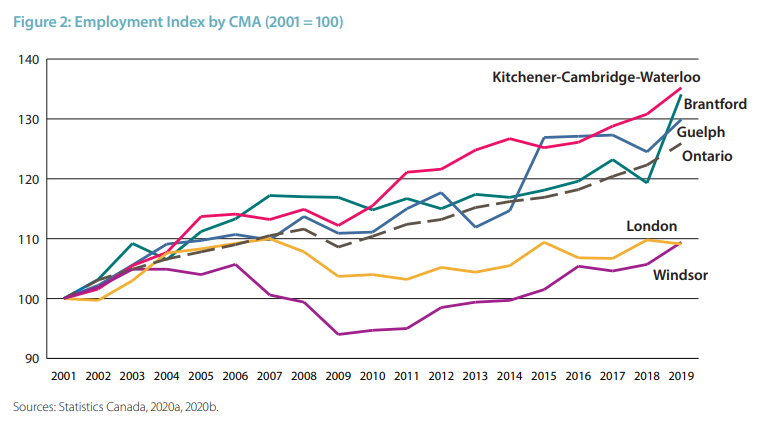 As a result, over one decade, these southwestern Ontario CMAs went from being relatively prosperous cities to being among the least prosperous in Canada. Although the region’s economic decline was already well underway by 2005, Windsor still had the 10th highest median household income of Canada’s 36 CMAs. By 2015, Windsor had fallen to 25th place. The story was similar in London, which fell from 15th place to 27th. These were the sharpest declines of any Canadian CMA.

While the fall was not as dramatic, other southwestern Ontario cities all also fell in relative terms over the course of this period in terms of median household income, placing lower among the 36 Canadian CMAs in 2015 than in 2005.

Finally, to understand the importance of this situation for the overall Canadian economy, it’s important to consider the size of the region. If southwestern Ontario were its own province, it would be the fifth most populous in Canada. The region’s population is roughly comparable to the Maritime provinces. As such, the region’s economic performance is a matter of urgent provincial and national concern.