There’s a misperception in Canada that top earners generally do not pay their “fair share” of the tax burden. Rhetoric from Prime Minister Justin Trudeau’s government helps fuel this misperception, which is used to justify even higher taxes on top earners.

In reality, as a group, top earners in Canada pay a bigger share of the country’s taxes than the share of income they earn.

Our recent study measured the share of taxes paid by various income groups in Canada along with the share of income they earn. When it comes to all taxes (including income, payroll, sales, property, fuel, and more), we found that the top 20 per cent of income-earning families is the only group that pays a bigger share of the total tax burden than the share of income earned.

Specifically, Canadian families in the top 20 per cent pay 55.9 per cent of all federal, provincial and municipal taxes while earning 49.1 per cent of the country’s total income (see first chart). 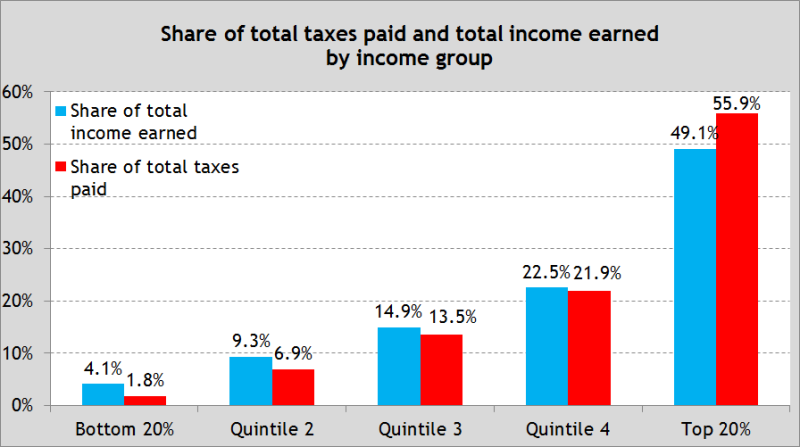 By contrast, all other Canadian families with incomes below the top 20 per cent pay a smaller share of taxes compared to the share of income earned. For instance, the bottom 20 per cent pays 1.8 per cent of all taxes even though the group collectively earns 4.1 per cent of total income.

When it comes to the distribution of personal income taxes, which receives the most attention despite being responsible for about one-third of the average Canadian family’s total tax bill, the imbalance between taxes paid and income earned is even larger for top earners. 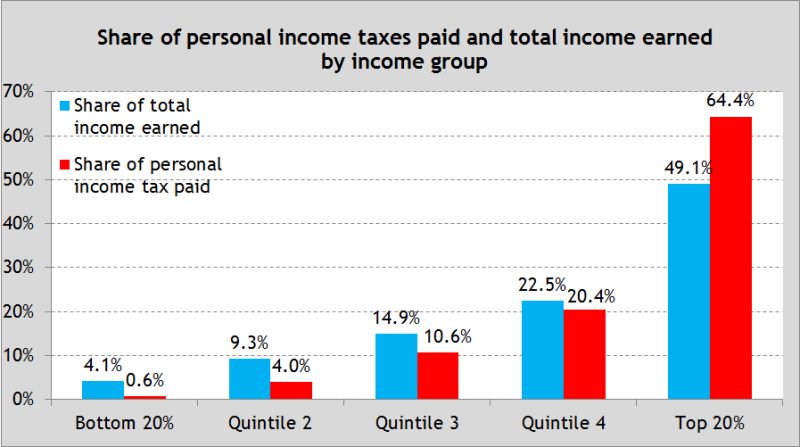 The rhetoric about top earners in Canada not paying their “fair share” of taxes is clearly not true. Collectively, top earners shoulder a disproportionate share of the country’s taxes.