An Economic Analysis of Rural Land Use Policies in Ontario 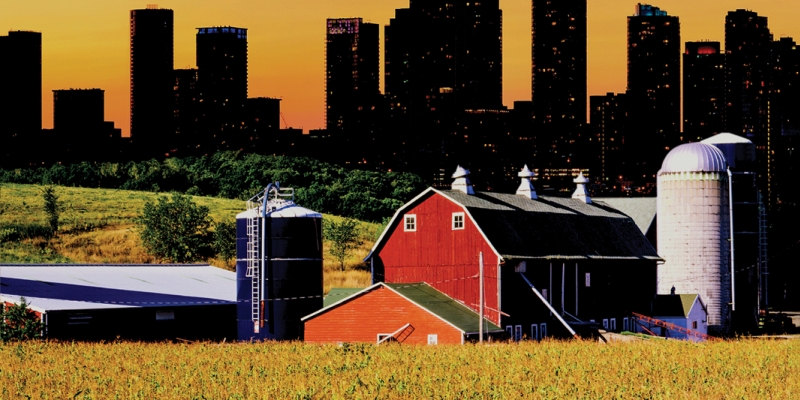 There is a widely held public perception that agricultural land is being converted to non-agricultural uses at a high—even an alarming—rate in Ontario. This perception has had an appreciable effect on public policy. Frankena and Scheffman (1980) conducted the most recent comprehensive economic analysis of rural land use policies in Ontario. Their primary findings were that the rate at which agricultural land had been converted to non-agricultural uses was not high for the period 1951 to 1976, and that conversion of agricultural land to urban uses represented a small share of overall conversions at a provincial scale. They also concluded that rural land use policy and planning in Ontario had been conducted with insufficient regard for the contributions that economic analysis could make to policy development.

The purpose of this report is to revisit Frankena and Scheffman’s findings to determine if they still hold for the years that have elapsed since 1980. Our analysis proceeds along two lines. First, we examine the empirical evidence on the amount of agricultural land in Ontario and how that has changed over time. Our empirical work covers the 1951 to 1976 time period studied by Frankena and Scheffman, but we also examine data up to 2013, the most recent year for which data are available. We consider several data sets that provide empirical estimates of the amount of agricultural land in Ontario.

After reviewing the empirical evidence and research on the supply of agricultural land in Ontario, we develop a framework for evidence-based policy making with respect to land use. This framework draws on the theories of market and non-market failure, as well as the lessons learned from the economic calculation debate on central planning. We also differentiate between the theories of absolute and comparative advantage as competing perspectives on resource use. Evidence-based policy making has been endorsed by both the Government of Canada and the Government of Ontario. This approach to policy making originated in education policy and public health policy. In more general contexts, a conceptual framework is needed to integrate some of the more normative elements in policy decision making that are perhaps less prominent in the original contexts of this approach. Our view is that the economic theory of government policy can make an important contribution to the application of evidence-based policy making in new areas.

We proceed to identify and describe the major changes in land use policy that have occurred in Ontario since 1980. In particular, we examine the series of four Provincial Policy Statements, the Niagara Escarpment Act and Plan, the Oak Ridges Moraine Act and Plan, and the Greenbelt Act and Plan. We then apply our theoretical framework to these major changes in policy with a view to addressing the following questions:

Sadly, we found that, generally speaking, Frankena and Scheffman’s conclusion that land use policy could benefit from increased regard for critical economic concepts still holds. Policy documents make frequent and general references to concepts like efficiency, prosperity, optimality, and even cost-benefit analysis of alternative policy measures. Unfortunately, there seems to have been little in the way of application or follow-through on these concepts. Lessons learned from the economic calculation debate on the viability of central planning, in our view, have application in land use planning. The theory of comparative advantage, as opposed to the theory of absolute advantage, deserves more serious consideration in land use policy. In addition, the widespread reliance on land use designation, and the abandonment of the prior provincial policy approach of purchase of environmentally sensitive lands financed through tax revenue, are inconsistent with the economic theory of public goods and have created important equity concerns for rural land owners, who have ended up bearing a disproportionate share of the burden of providing benefits shared among the citizens of the province.

The final section discusses alternative approaches that might be considered for rural land use policy. These include the use of tradeable development rights, compensation for land owners adversely affected by a development proposal, restrictive covenants and deed restrictions, proprietary community models, land trusts, and a club goods model.