Interprovincial Migration in Canada: Quebeckers Vote with Their Feet 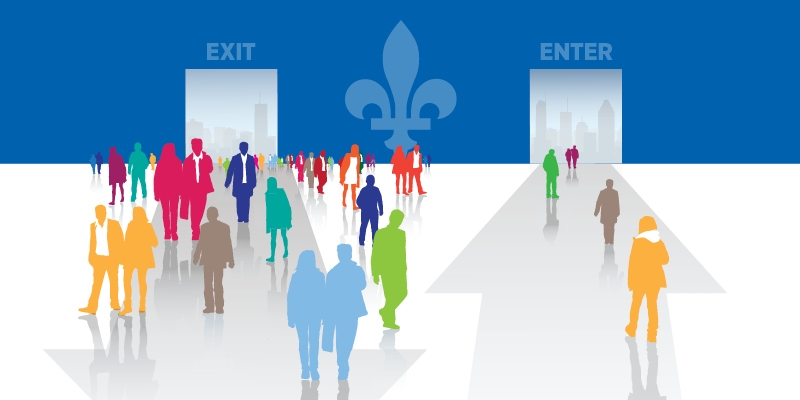 The movement of people from one place to another, migration, can be a powerful indicator of a jurisdiction’s success or failure. One of the reasons migration is such a powerful indicator is the high cost involved for people who move from one jurisdiction to another. Uprooting one’s family, disposing of family assets, the costs of job searches, and leaving the confines of what is known in search of something better is an incredibly costly action. This study focuses on the important insights Quebecers can and should glean from pro-vincial migration data.

On a cumulative basis, Quebec experienced the highest out-migration, losing a total of 582,470 residents. Interestingly, though, since 2003/04, Ontario’s cumulative out-migration of 142,514 outstripped Quebec’s (−101,497). Most Canadians who migrated between provinces over this period ended up in Alberta or British Columbia.

Controlling for population, the province of Newfoundland & Labrador recorded the largest net loss of residents at 23.1% of its 2015 population. The prairie provinces of Saskatchewan (−17.3%) and Manitoba (−17.0%) ranked second and third, respectively. Quebec ranked fourth, losing 7.0% of its population (2015) to net migration over the period from 1971/72 to 2014/15.

Simply put, Quebec loses relatively few residents each year but it attracts only minimal migration from other Canadian provinces, which explains its comparatively high level of net out-migration. Indeed, over the 44-year period, the Atlantic provinces had almost twice as much in-migration (1,868,104) as Quebec (1,069,306) on a population base that is less than a third of Quebec’s.

Finally, Quebec’s net out-migration is tilted towards the young and particularly those starting or in the early stages of their careers. This out-migration of the young has in part contributed to the older age structure of Quebec’s population.