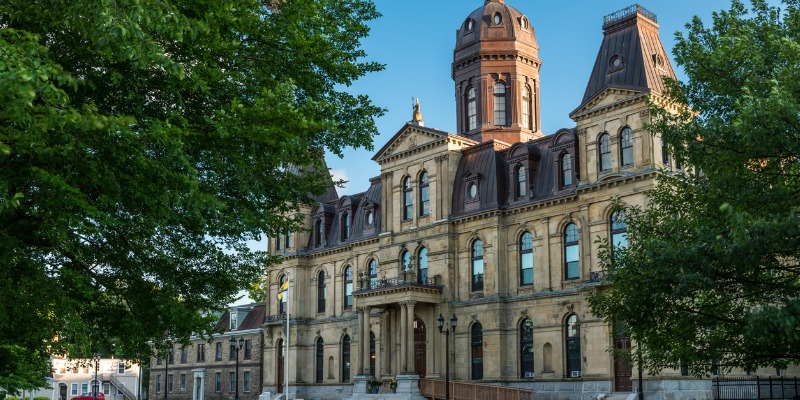 At a projected $245 million, the nominal budget deficit is the largest the province has run since 2015/16, although the Higgs government deserves credit for largely resisting the massive spending hikes seen in other provinces. As a result, New Brunswick expects to have one of the smallest provincial budget deficits (as a share of the economy) in Canada, at 0.6 per cent.

The deficit is driven largely by projected increases in spending. In particular, the government will spend $354 million more in 2021/22 than last year, with total spending topping $10.6 billion. On a per-person basis, the province plans to spend $13,597 this year (an increase of $453 over last year).

The deficit will cause the province’s debt to rise to $14.1 billion this year, an increase of $241 million over last year. The government expects debt to continue growing for at least the next two years due to ongoing deficits. However, economic growth is anticipated to exceed the growth in debt, meaning the province’s debt as a share of its economy is projected to decline, from 36.4 per cent this year down to 35.4 per cent in 2023/24.

Despite the province’s relatively good fiscal position (compared to other Atlantic provinces), deficits and debt will continue to have consequences for New Brunswickers. In particular, interest on the government’s debt will top $655 million this year, which breaks down to $838 per person. These interest payments continue to divert money away from other important priorities such as health care, education and tax relief.

In this respect, the budget fails to address some of the province’s long-term challenges. Remember, deficit spending today increases the chances that taxes will be raised to pay for the resulting debt interest tomorrow.

As we wrote recently, New Brunswick also struggles to attract businesses and newcomers, partly due to the province’s relatively high taxes. The risk of higher tax rates from ongoing deficit-spending is one reason the government should return to budget balance as soon as possible. The combination of weak projected economic growth and an aging population will only add pressure on provincial finances in the years ahead. Again, today’s budget does not address these longer-term issues, which will require attention to create the conditions for jobs and prosperity in the future.

New Brunswick’s budget continues a theme witnessed all across Canada this year—deficits, debt and increased government spending. While the Higgs government has shown greater spending restraint than other governments in Atlantic Canada, high taxes and other economic challenges should be addressed going sooner rather than later.