Canada’s federal deficits would be much worse without Alberta

The prevailing narrative surrounding the post-2008 recovery in Canada is that the country weathered the storm significantly better than the United States, and has emerged in relatively strong fiscal shape (though certainly not unscathed). What’s overlooked is that this is largely due to disproportionate contributions by Albertans.

A recent study by the Fraser Institute shows that in the years after the global recession, Alberta’s massive net contributions to Canada’s fiscal balance allowed the country’s finances to recover from the crisis much faster than it would otherwise have been able to.

Between 2007 and 2015, the net cash flow from Alberta to Ottawa was huge. As the first chart below shows, Alberta contributed $188.6 billion more in taxes to the federal government than it received in transfers or federal programs (or $221.4 billion if we include CPP payments and contributions). 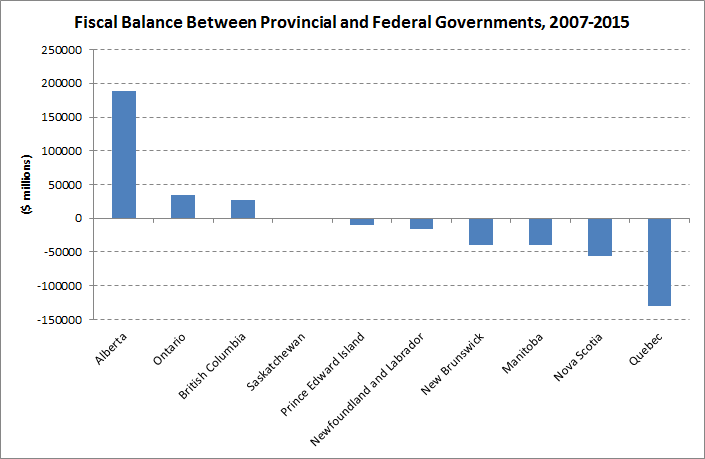 Alberta’s net contributions have been by far the largest of any province. To highlight the importance of these contributions, the second chart shows Canada’s actual fiscal balance between 2007 and 2015 with and without Alberta’s contributions during that same time period. 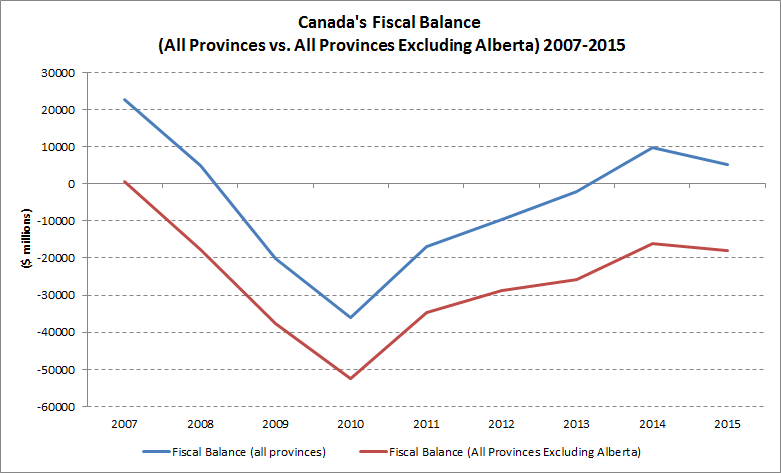 Alberta’s disproportionate impact on Canada’s fiscal balance is clear. Without the massive net contributions made by Alberta’s economy, Canada would have fared significantly worse in its recovery from the most recent economic recession.

Alberta has proved to be a major driver of prosperity in Canada—meaning all Canadians have an interest in seeing the province get back on its feet.