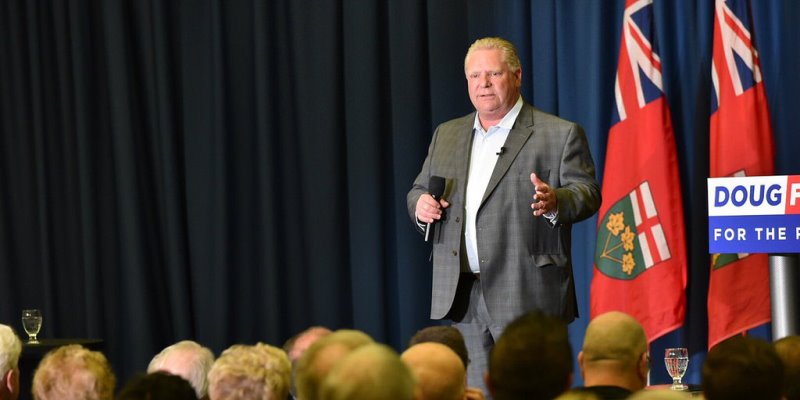 As the Ford government prepares to table its 2021/22 budget tomorrow, it’s worth reviewing some recent Canadian history to contextualize Ontario’s fiscal position today.

Prime Minister Jean Chretien came to power in 1993 inheriting a fiscal mess. Large annual budget deficits and growing debt interest payments put the prime minister in a bind. Despite running on an ambitious platform filled with spending promises, Canada’s fiscal health was at odds with an expansion of federal programs.

The first budget the Chretien government passed was a relatively status quo budget, which partially recognized the limitations the government faced by avoiding major spending initiatives. But after the crucial program review following this first budget, Finance Minister Paul Martin tabled arguably the most important budget in Canadian history in 1995. Within two fiscal years of that budget, federal finances had moved from large deficits to surpluses.

While not perfectly analogous, Premier Ford faces a similar moment. Ontario’s provincial finances have been badly wounded by the global pandemic. The last provincial budget (the second by this government) featured a $38.5 billion deficit, and similarly large deficits are anticipated for the next two fiscal years given the uncertainty due to the pandemic. But it’s important to recognize that Ontario’s fiscal troubles didn’t begin with COVID.

The provincial government has been running budget deficits since the global financial crisis in 2009, with successive premiers opting for gradual budget balancing plans, hoping that restraining spending growth would eventually allow revenue to catch up with expenditures.

That approach left the government vulnerable to economic shocks beyond their control. While a global pandemic is a far bigger shock than one ordinarily expects, recessions periodically happen. Building long-term fiscal plans reliant on steady uninterrupted growth means those plans aren’t resilient to economic fluctuations. Ontario budgeted on hope and got mugged by reality.

During the last election, Premier Ford made returning to budget balance a major campaign plank. Unfortunately, his first budget was relatively in line with fiscal plans laid out by his predecessors. Indeed, it was remarkably similar to Premier McGuinty’s 2011 budget, which called for 1.4 per cent annual spending growth compared to the 1 per cent budgeted by Premier Ford. Of course, the pandemic hit and rendered the premier’s second budget virtually irrelevant as revenue shrunk and emergency expenditures ballooned.

But once this crisis passes, the Ford government could make a Chretien-like pivot to stem the tide of red ink. While this week’s budget might not be Premier Ford’s “1995” budget, it’s an opportunity to telegraph plans for budget balance when the pandemic ends.

When considering how to balance the budget, there are three broad Chretien-era lessons the Ford government should ingest. First, it isn’t too late. As noted above, the Chretien government did not act right away to restore budget balance. The Ford government has two remaining budgets during this mandate when it can introduce a fiscal plan with a credible path to balance.

Second, the approach should be systematic. Rather than looking for highly visible waste or imposing arbitrary government-wide spending targets, Ford’s cabinet should look for areas where they can make spending reductions without compromising core priorities. The Chretien government’s program review led to reduced spending in politically sensitive areas (such as defence) because it was laser-focused on balancing the budget rather than protecting sacred cows.

Finally, eliminate the deficit quickly rather than slowly. We noted above the recent gradual—and futile—efforts at balancing the budget in Ontario. Obviously, the Ford government is running out of time to balance the budget within its mandate. But it can at least begin to plan for a return to balance starting with its first post-pandemic budget. While that will carry over to either his next mandate or to a successor premier’s mandate, it nevertheless could be a starting point if the government is willing to make up-front spending reductions rather than vague promises about future spending restraint or revenue growth.

The Ford government, like the Chretien government before it, is at a turning point. Amid large chronic deficits and increasing government debt costs, the government’s finances are in a precarious state. With two budgets remaining in this government’s mandate, hard choices must be made to turn the ship around.