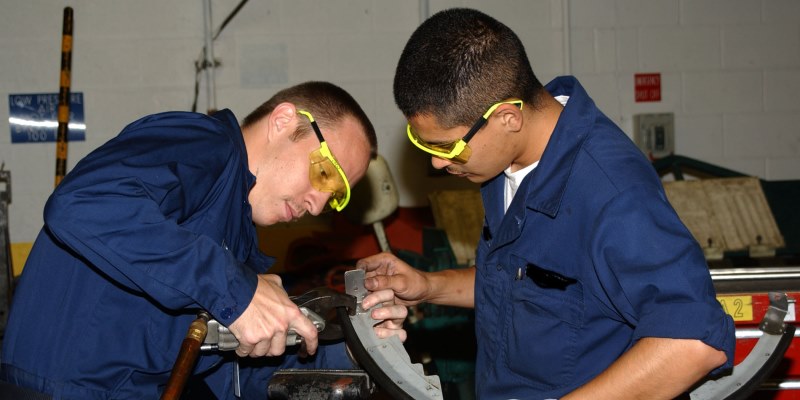 Many often blame global restructuring and the movement of manufacturing jobs to the developing world. This narrative, however, is to some extent undermined by the fact that other manufacturing jurisdictions in the developed world—some very close to Ontario—have seen their manufacturing sectors thrive in recent years.

Take Michigan, for example, which shares geographic proximity to Ontario and a long history of relying on its manufacturing industry as a driver of economic growth. While Ontario’s manufacturing sector has largely languished (despite some recent positive developments), Michigan’s has rebounded sharply from the nasty 2008/09 recession. The comparison invites a closer look.

Beginning in 2011, however, trends reversed. Even if we ignore the sharp recovery year of 2010 as Michigan rebounded from the devastation of the 2009 recession and look at the period since 2011, we see Michigan’s economy and manufacturing sector generally outperforming Ontario’s.

The chart below shows the growth in manufacturing employment compared to the base year 2007, using an index, setting 2007 employment levels at 100 for each jurisdiction. We use 2007 as a base year because it captures the recession, the recovery and subsequent years. 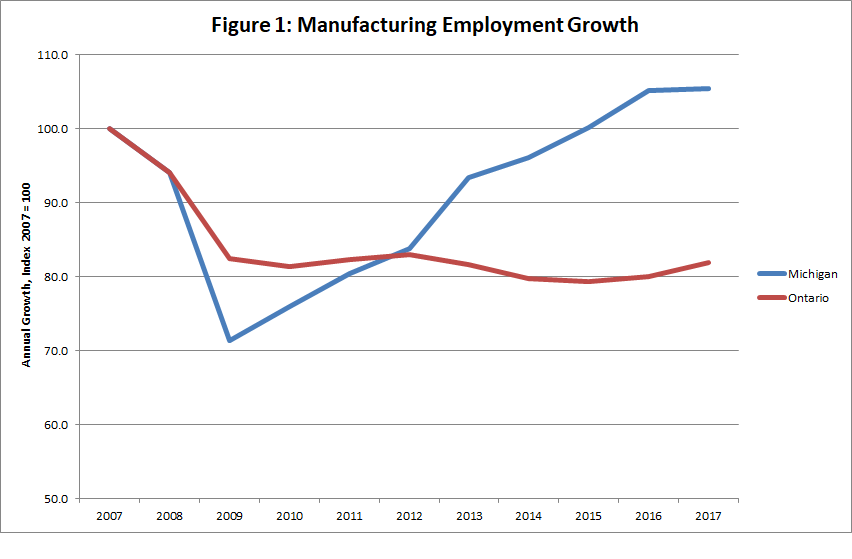 The chart tells a remarkable story. While Michigan’s decline following the 2007 recession was sharper, its rebound has been much more pronounced, so much so that manufacturing employment in the state now exceeds 2007 levels. Indeed, in 2017, manufacturing employment in Michigan was 5.4 per cent higher than in 2007, and net job-creation over the period stood at 47,000 jobs.

Compare that to Ontario where the recovery has been far more tepid and the sector hasn’t recovered to 2007 levels. In fact, compared to 2007, Ontario had 170,000 fewer manufacturing jobs in 2017.

Beyond the manufacturing sector, from 2011 to 2017 Michigan has outperformed Ontario in other ways, including in average annual GDP growth per capita, private-sector employment growth and real manufacturing output growth. Michigan has also avoided significant debt accumulation while Ontario has seen net government debt soar since 2008.