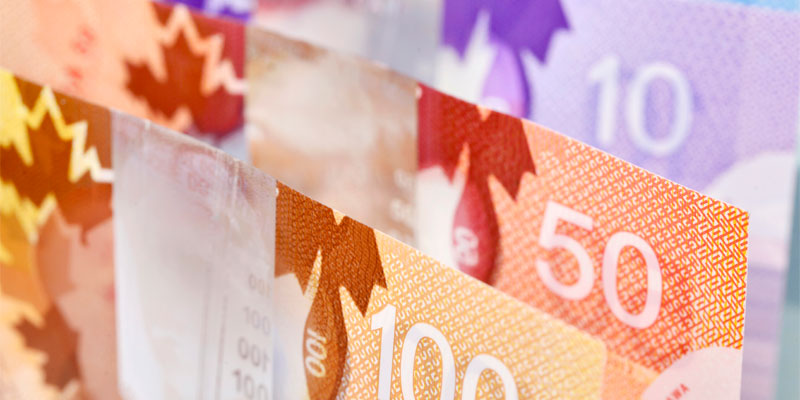 Through Canada’s fiscal stabilization program (FSP), the federal government provides provinces (that experience a sharp downturn in revenue) with payments to help them cope with the shock.

The FSP usually gets very little attention from the general public. It has, however, shot to the forefront of public debate in Alberta because of the province’s recent “Fair Deal” panel report, which made FSP reform its very first recommendation. Given its newfound prominence, it’s worthwhile to review what the program does and the nature of the panel’s recommendation.

As noted, the FSP is meant to help provinces that have seen a severe downturn in revenue. In the early years of the program, to simplify somewhat, if any province experienced a tax-adjusted revenue decline of more than 5 per cent from one year to the next, the federal government made up the entire decline in revenue beyond that 5 per cent.

The economic rationale for a stabilization program is rooted in insurance and risk pooling. The idea is that if one province is hit hard by a recession or other fiscal shock, some of the pain is spread out across the rest of the country and financial support by the federal government can make it easier on the hard-hit province.

However, due to sheer policy neglect over the course of decades, the FSP has essentially withered to the point of uselessness. Specifically, the FSP includes arbitrary per-person cap on payments, which was introduced in 1987. The reasoning for the $60 per-person limit is essentially arbitrary, as it is based on the approximate amount of stabilization payments that had, at the time the cap was introduced, been most recently received by any province (British Columbia in the early 1980s). Further, the FSP cap isn’t even indexed to inflation. As a result of this feature alone, the real value of the cap has been cut in half since it was introduced.

The result of an arbitrary cap on payments that is not indexed to inflation, is that the FSP has become essentially useless as a tool for stabilizing provincial revenues.

We can see just how limited the FSP has become in its ability to help hard-hit provinces by looking at what happened to Alberta in 2015/16. As a result of the recession, Alberta saw a substantial decline in revenues and subsequently became eligible for stabilization payments in both 2015/16 and 2016/2017. In each year, the $60 cap played a decisive role in determining the scale of payments made to the province. 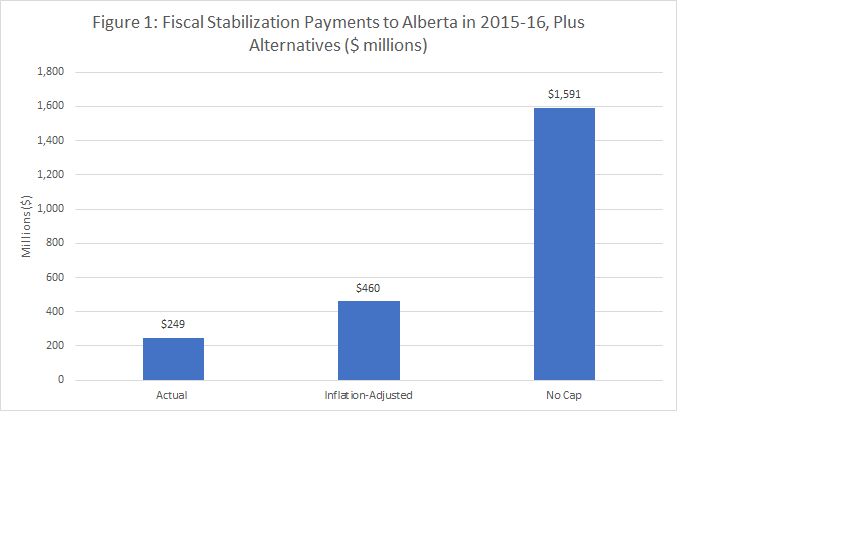 Alberta experienced a revenue loss of $7.2 billion in 2015/16. As shown, Alberta received a FSP payment of just $249 million that year. If the cap had been adjusted to inflation when it was first created, Alberta would have received $460 million, nearly twice the actual payment. Finally, if there was no $60 per person cap, the payment would have been nearly $1.6 billion.

Put differently, the stabilization payment covered just 3.5 per cent of Alberta’s year-over-year revenue loss in 2015/16. In the absence of the $60 per person cap, the payment would have replaced 22.1 per cent of the province’s revenue decline that year. In short, the program did almost nothing to help Alberta cope with its revenue loss.

The performance of the FSP has become urgently relevant as it now appears that the national economy will experience a significant recession in 2020 and, as such, several provinces are likely to experience meaningful revenue losses. The “Fair Deal” panel called for FSP reform to benefit Alberta, but the program’s design may become relevant for other provinces in the years ahead as well.

In short, the panel’s recommendation provides a long overdue rethink of the stabilization program. The program should be built around rational, defensible objectives rather than being shaped by arbitrary rules created in the 1980s and decades of policy neglect since then.