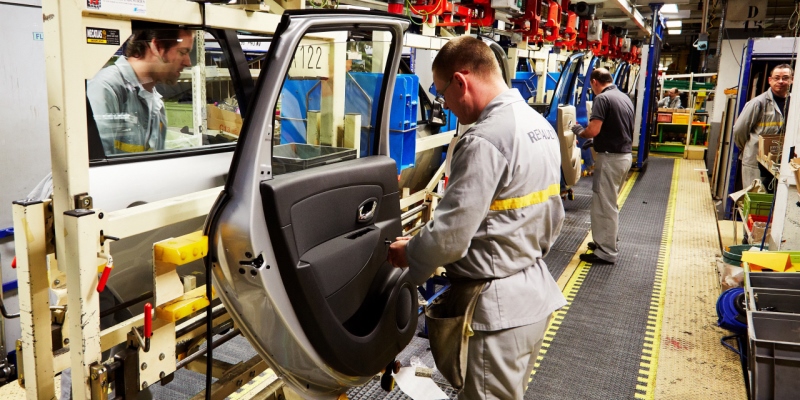 The announced closure of the General Motors’ auto assembly plant in Oshawa will cause severe hardship for thousands of families. It’s horrible news. But if you’re determined to find a silver lining, there’s this—the major closure so close to downtown Toronto may give people living in the Greater Toronto Area a clearer sense of how bad things are economically in most other parts of the province.

Ontario has suffered more than its share of economic pain over the past decade. A recent study shows that when it comes to job creation, economic growth, wage increases and public debt accumulation, Ontario’s economic outcomes have been among the worst in Canada.

Provincial-level statistics, however, don’t give the full picture of the economic pain in many parts of the province. Indeed, regional statistics show that many parts of Ontario still haven’t fully recovered from the 2008/09 recession.

Consider this. Between 2008 and 2016, 98.6 per cent of all net job-creation in Ontario took place in Toronto and Ottawa. In other words, if you take the rest of the province as a whole, there has been virtually no job-creation since 2008. Another stark statistic—out of Ontario’s 21 urban areas outside Toronto and Ottawa, only four experienced levels of job-creation above the national average from 2008 to 2016.

Comparatively speaking, Toronto and Ottawa have done well during this period.

It would begin with a recognition that, while forces outside of government control have caused serious problems for the provincial economy, public policy choices have generally made matters worse.

Over the past decade, Ontario has featured personal (PIT) and corporate income taxes (CIT) that made the province less attractive to capital and talent. Misguided energy policies have driven electricity prices through the roof, further contributing to the decimation of our manufacturing sector. Hitting the brakes on Ontario’s transition to a highly-regulated and highly-taxed economy and moving in the opposite direction by enacting policies that make it easier for businesses to invest, grow and thrive should be urgent priorities for the Ford government.

Moreover, developments south of the border strengthen the case for policy change. Sweeping corporate and personal income tax reforms and reductions have made the United States much more attractive for investment relative to Canada.

Making matters worse, Ontario has endured more than a decade of fiscal mismanagement, spending growth and debt accumulation, which places some constraints on the options available to the new government. Big CIT and PIT cuts would significantly enhance the economy’s long-run growth prospects and overall competitiveness. But with so much debt, it’s reasonable to ask if the province can afford them. The answer to this question is “yes”—but only if the Ford government takes a more disciplined approach to government spending than its predecessor.

The recent economic history of Ontario has been painful—though people in the relatively prosperous big cities of Toronto and Ottawa have remained largely insulated from the impact of layoffs and heartache happening far away. The plant closure in Oshawa, at the eastern edge of the GTA, will hurt thousands, so it would be a small blessing if some good can come of it.

In that spirit, a greater recognition in Toronto about just how serious Ontario’s economic woes over the past decade have been would constitute the feintest of silver linings.