Understanding the differences between government and markets—Public Choice in action, Part 1 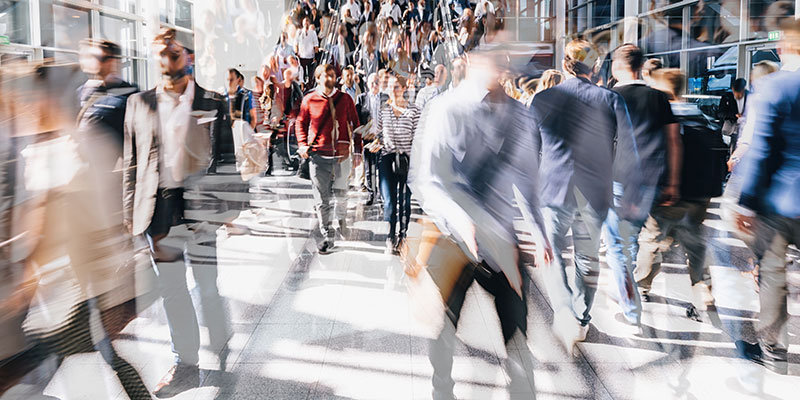 We recently blogged about the experience of the federal government, based on two studies (2007 and 2013) assessing reports by the auditor general (AG), illustrating how several programs aimed at transferring money to Canadians (i.e. writing cheques) experienced serious problems including overpayments, fraud, and misallocation of funds. What we didn’t cover in that blog was the underlying economics of how the government sector works compared to the market economy.

There is a field of economics, known as Public Choice, which uses traditional economic tools to understand how the political system and government actually work. This first of two blog posts provides an overview of several key insights gained from Public Choice and related research into the nature and reality of the government sector. The idea is to get a more fulsome understanding of the constraints and limitations on the government sector because of its unique structure and attributes.

It might seem self-evident, but the fact that the people involved in the political system—voters, politicians, bureaucrats and interest groups—all maintain their own preferences and self-interest is a contentious issue. There are still many economists, analysts, pundits, and indeed much of the general public that assume—to varying extents—that those involved in the political system do so selflessly and focus on the “public interest” rather than their “self interest.” As one of the founders of Public Choice, who received the Nobel prize for his pioneering work, the late James Buchanan put it, people don’t become economic eunuchs when they enter government. The point being that the political system is characterized by people seeking their own interests just as it’s in the market. This insight regarding the “interests” that guide people’s decisions is critical in understanding the actual operation of government.

An application of this insight is that politicians are interested in being re-elected, which means when they consider policy reforms, they have to consider both the actual pros and cons of the policies themselves as well as their political implications for re-election. Consider this insight (paraphrased) from the former Reform Party Leader and leader of the Opposition, Preston Manning, who explained the dichotomy between economics and politics this way: economists generally agree that sales taxes or consumption taxes more generally are the best way to raise revenues while business taxes are the worst. Alternatively, the average person hates sales taxes and prefers business taxes because they don’t see how they ultimately pay such taxes. So, the challenge for the politician is to implement good policy while still getting elected.

Another aspect of the political system where this “self-interest” manifests itself is with respect to interest groups and the dynamics of concentrated benefits and dispersed costs. We consistently observe special interest groups that are organized around creating and maintaining an advantage for their members at the expense of the general public. Put differently, the effect of these groups is to provide a concentrated benefit to their members by dispersing the costs across the entire public. These groups spend enormous resources promoting these policies and the political parties and politicians receptive to them. The key is that the benefit to the group is large but the cost to the average person is small such that there is little or no incentive for a countering organization to emerge.

Another important difference between the two sectors is that prices are almost completely nonexistent for government-provided goods and services. As Nobel laureate F.A. Hayek explained, prices are an incredibly powerful mechanism to help people prioritize and allocate their work efforts, investment and entrepreneurial energies. The absence of prices in the government sector means that allocation decisions have to be made through collective political decision-making processes, and that the matching of the supply and demand of government-delivered goods and services is rationed by wait times and line-ups.

Another point of difference between the government and market sectors is the role of choice and competition. Markets work best when existing and new firms are able to challenge established companies in any particular area of the economy. This threat of competition means firms are forced to compete with other companies or, at a minimum, face the threat of other firms entering their market (i.e. contestability). This has enormous consequences for how firms engage with customers, price their goods and services, invest in research and development, and focus on innovation and new goods and services.

Government services are almost always delivered by monopolies, meaning there is no choice or competition. If you’re unhappy with the Canada Revenue Agency’s service when it comes to responding to questions about your taxes, for instance, you don’t have a choice to go across the street to another firm. The lack of even the threat of competition, let alone actual competition inevitably affects the behaviour of those in the political system. Moreover, the structure of these government-delivered services almost always prohibits any type of entrepreneurial innovation.

A final consideration for this blog, which is by no means exhaustive due to space constraints, is the insight by economist Janos Kornai regarding what he coined as soft budget constraints in the government sector. The basic idea is that firms have hard budget constraints whereby they will eventually go bankrupt if they continue to lose money. This budget and financial discipline forces them to respond to customer tastes and preferences, indeed it requires businesses to satisfy the wants and needs of people. Kornai showed, however, that government have soft budget constraints, meaning that in most circumstances it’s almost impossible for a government to go bankrupt, and that the absence of this discipline affects the decisions and behaviours of those involved in the political system.

There are many other important differences between the government and market sectors of our society. The next blog in this series explains why these differences must be taken into consideration today when thinking through how best to respond to the economic crisis emanating from our responses to COVID-19.