Time for Tax Reform in Ontario 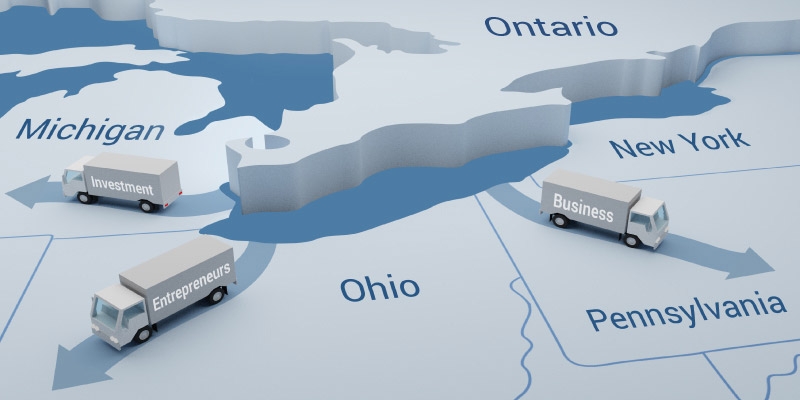 Over the past fifteen years, Ontario’s provincial economy has struggled relative to the rest of the country. The reasons for Ontario’s economic weakness are complex and varied. However, public policy choices have been a contributing factor.

One area that stands out as a particularly strong candidate for reform is tax policy. Specifically, Ontario’s personal income tax (PIT) system undermines Ontario’s economic competitiveness and therefore hinders economic growth. With seven brackets and high marginal rates, Ontario’s PIT discourages a wide range of productive activities and makes it more difficult for Ontario to retain and attract higher-earning individuals. These problems are compounded by the fact that Ontario’s PIT is not competitive with peer jurisdictions in North America. Ontario has the second highest top marginal PIT rate in North America (combined federal/provincial or federal/state) at 53.53 percent.

This study presents an outline for tax reform in Ontario which would transform the province’s uncompetitive PIT system, while also reducing the province’s Corporate Income Tax (CIT) to make Ontario a more attractive destination for investment and entrepreneurship.

The paper examines the status quo in Ontario, and Ontario’s competitiveness in a North American context when it comes to both personal and corporate income taxes. Specifically, we show that Ontario’s PIT system is uncompetitive in the North American context, while the once strong corporate income tax advantage Ontario until recently enjoyed compared to the United States has for the most part disappeared.

The paper also describes an outline for policy reform, which includes replacing Ontario’s seven-bracket PIT system with a single-rate PIT in which all taxable income is taxed at a rate of 8 percent. The reform outline presented here also would lower the CIT from 11.5 percent to 8 percent.

Taken together, the PIT and CIT reforms outlined in this paper would create an important advantage for Ontario’s economy by making the province one of the most attractive tax jurisdictions in North America with respect to the taxation of both personal and corporate income. As a result, these changes would help create an economic environment in which businesses, entrepreneurs, and other skilled workers are better incentivized to work, invest, and create opportunities.

With new competitiveness pressures emerging from the United States, the advantages of policy reforms that make Ontario more attractive for investment and human capital are particularly pronounced at this moment in history.